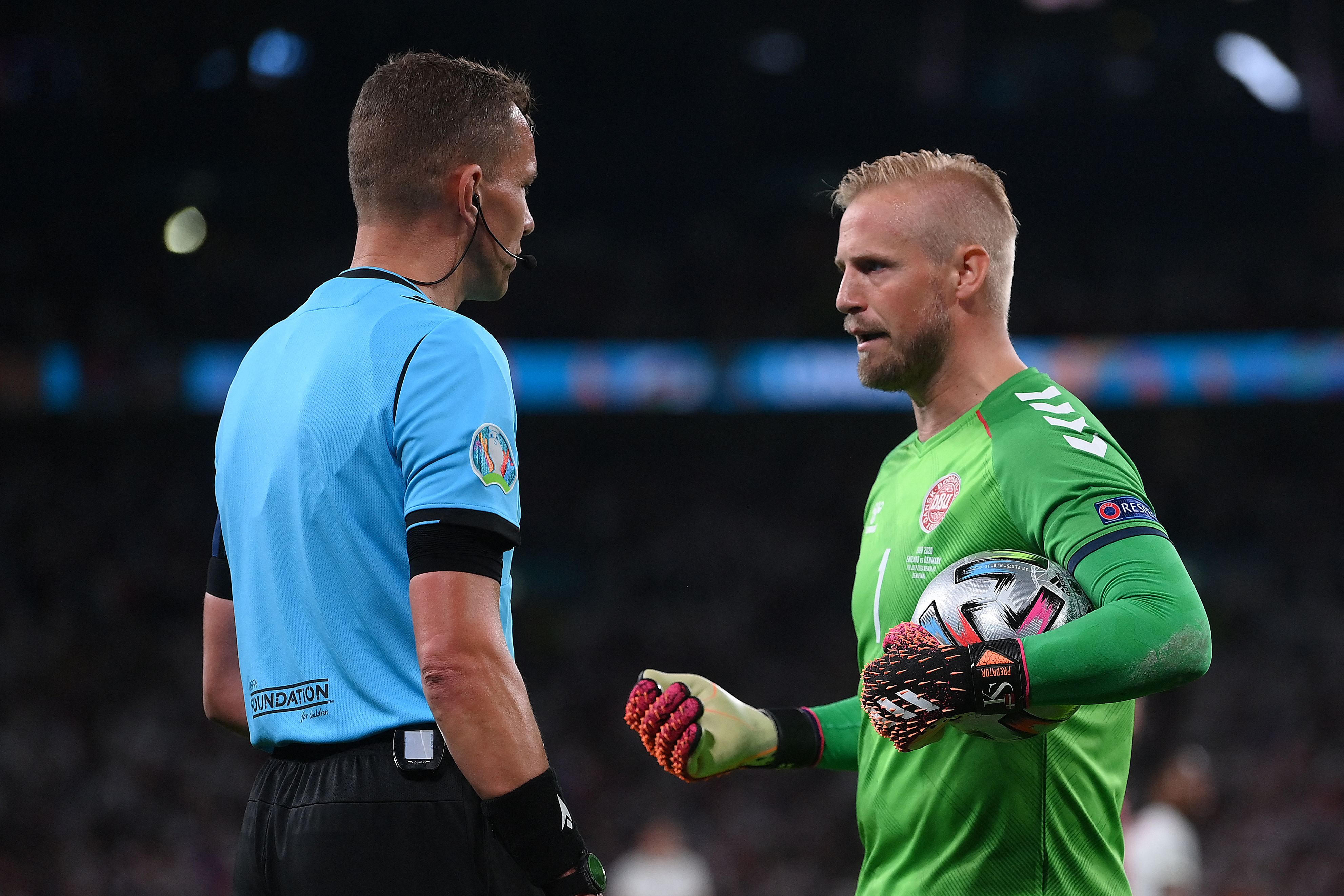 Kasper Schmeichel had what appeared to be a laser shone on his face as Harry Kane stepped up to take the penalty and subsequent rebound that put England through to their first major tournament final in 55 years.

In a penalty that was given in controversial terms in extra-time, the Danish keeper looked to have endured a light on his face as Kane took his run-up, clearly impeding his vision.

The incident saw social media erupt as a blinded Schmeichel was not able to keep out the rebound by Kane.

And online outrage was compounded not least because many suspected VAR should not have granted England the penalty in the first place.

Meanwhile, Raheem Sterling after the game provided his thoughts about the decision to award the penalty on ITV.

“I went into the box and he stuck his right leg out, and it touched my leg so it was a clear penalty.”

“It was a top performance – we had to dig in deep after the first goal we conceded in the tournament, and we regrouped well and showed a good team spirit to come back and win the game, Sterling added.

“It was difficult going behind but we knew we had to stay patient – we knew with the legs we’ve got, the aggressiveness and the power we have in the team, it would be a matter of time before we broke them down.”

A final at Wembley

The Three Lions earned their first semifinal win in 55 years. It was a landmark occasion for Gareth Southgate’s men who are still yet to concede a goal from open-play.

Simon Kjær cancelled out Mikkel Damsgaard’s stunning free-kick after the half-hour mark with an own goal.

In extra time, a rebound from Kane’s penalty was what saw England reach the final on Sunday, where they will play seasoned veterans Italy.