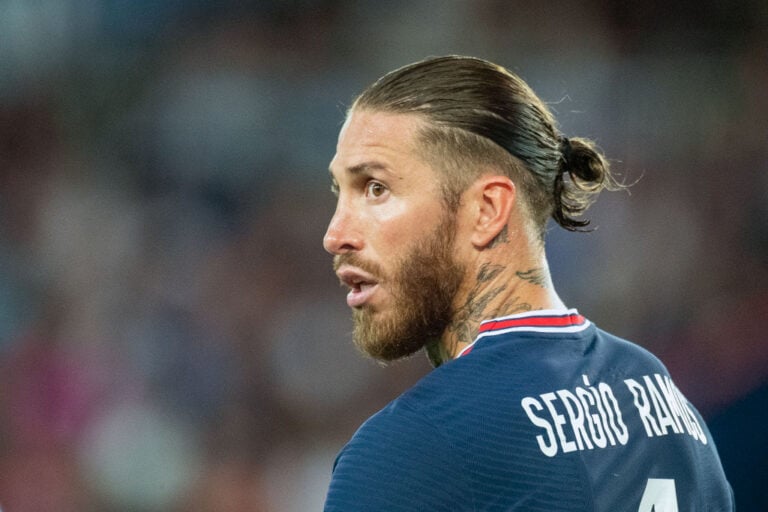 In a shocking turn of events, El Confidencial have revealed messages in which Sergio Ramos reached out to the Spanish FA President and asked him to help the defender win the Ballon d’Or.

Throughout his career, the defender has solidified himself as one of the best players of his generation. Ramos had fantastic ability in the air, high-level football IQ and an aggressive tackling style that often left attackers stuck in their tracks.

He won an incredible five La Ligas and four Champions Leagues with Real Madrid, in addition to four Club World Cups. Furthermore, he extended his success to the international game. The centre-back picked up two European Championships and reached the pinnacle of the sport in 2010 when he bagged the World Cup. In total, he’s made a whopping 180 appearances for Spain.

But despite his achievements, Ramos has never won the biggest individual award in the sport, and evidently, that’s gotten under his skin.

In 2018, the legend clearly couldn’t take it anymore.

He contacted Luis Rubiales and begged him for help. The following exchange took place between July 16, 2020, to August 8, 2020.

As per Marca, Ramos asked: “Rubi, good evening. I hope you are well with all the family. You know I’ve never asked you for anything, but if I want to do it today, it’s because I think it’s a special year given the performances I’ve put in.

“I would like you to help me as much as you can and touch some keys from UEFA and your contacts for the Ballon d’Or. And I would be grateful for the rest of my life, not only for my sake but also because I think Spanish football deserves it very much. I send you a big hug.”

Rubiales responded to the message and offered his help but confessed he’d have limited power over the matter.

He said: “Hello, Sergio. First of all, congratulations, I think it’s a good year for you to get it. I hope you have a magnificent final in the Champions League. Of course, it’s not up to me about the Ballon d’Or, but if I can help you, you can count on it.”

Upon receiving the message, the player emphasised that his contacts could play a vital role in him winning the award.

He pushed: “I know it doesn’t depend on you, but relationships are also key.

“[Gianni] Infantino gives the ‘The Best’ which is also super important and would be great. Anyway, I’m counting on your help. I send you a hug, and I’ll see you whenever you want one day, and we’ll have lunch.”