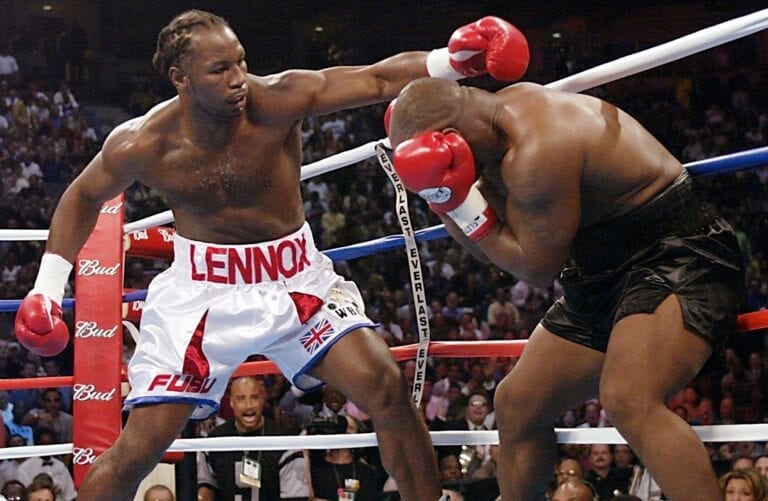 Boxing legend Lennox Lewis has branded Jake Paul‘s exhibition with Ben Askren a “farce” and “not my beloved boxing”.

The fight between Paul and Askren was heavily hyped and recorded over 1 million pay-per-view buys, but ended with Paul winning via knockout in the first round.

It extends his boxing record to 3-0, with the YouTuber’s previous opponents consisting of NBA star Nate Robinson and fellow content creator Deji.

Lewis was reacting to the news that Triller – who broadcast the event – are sueing 11 illegal streamers alleging $100 million of damages from the Paul v Askren card.

The 55-year-old said: “What did they expect?

“The majority of the marketing was on social media targeting teenagers. Do teenagers really have $50 for PPV?”

Lewis then turned his attention to the current trend of what is referred to as YouTube boxing.

He pointed out that no YouTuber has yet faced a professional boxer. Paul’s brother Logan – also a YouTuber – is set to take on Floyd Mayweather Jr. in June, although that is an exhibition bout.

When a fan replied to him saying that Jake is licensed as a professional, Lewis said that was getting to “the root of the problem”.

In a reply to another fan, the former heavyweight champion said that Paul should face an active heavyweight, such as Efe Ajagba, who is undefeated in 15 professional fights.

He then accused YouTubers of “pretending” to be professionals – and compared them more closely with white collar fighters.

Currently, Paul is looking for his next fight, having called out the likes of Nate Diaz, Conor McGregor and Canelo Alvarez before his bout with Askren.

UFC star Colby Covington referred to him as ‘Snake Paul’ in an interview with MMAFighting.com, and claimed that Paul is only looking to face “old, retired, washed-up fighters”.

Meanwhile, Lewis says he is “talking” about the prospect of a rematch with Mike Tyson – 19 years after their first fight, which Lewis won.

On the bout, he told Fox Sports (via Daily Mirror): “Not yet, but soon – maybe. We’re talking.”