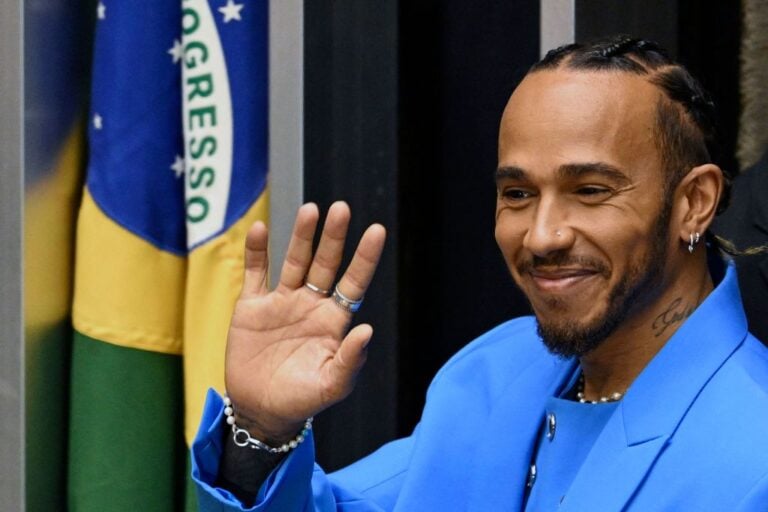 F1 icon Lewis Hamilton will technically have two home races from now on after the British driver became an honorary citizen of Brazil.

The seven-time World Champion received the honour in front of the South American nation’s congress at a ceremony on Monday. This confirms his honorary citizenship, which Brazil’s government approved with a vote back in June 2022.

“It is honestly the greatest honour for me to be here receiving and accepting this citizenship,” said Hamilton, via Sky Sports. “I really do feel like now I am one of you, finally.

“When I arrived here in 2007, the love that has grown and the experiences we have had – particularly 2021 – knowing you guys were cheering me on… It was one of the most special moments of my entire life.”

This unique award is the culmination of a close affinity between Lewis Hamilton and the people of Brazil. Brazilian F1 fans widely support Hamilton, not only for his success and brilliance but his idolisation of their country’s icon, Ayrton Senna.

Additionally, Hamilton has plenty of fond memories from racing in the South American country.

Hamilton claimed his first F1 world title in the most dramatic circumstances at the season-ending Brazilian GP in 2008. In a race of changing conditions at Interlagos, it looked like the Brit would lose out on the title heading into the final lap.

Having pitted just a few laps earlier for wet tyres, Hamilton dropped down to sixth place. He needed to finish at least fifth, because title rival Felipe Massa won the Grand Prix.

As the rain hammered down on the last lap, Hamilton, on better-suited tyres, managed to overtake Toyota’s Timo Glock with just a few corners to spare. Thanks to this move, the McLaren driver finished fifth, sealing his first world title in a nail-biter.

So, despite denying the Brazilian Massa a maiden world title, the adoring Brazil fans still cheered Hamilton for his monumental achievement.

But Interlagos was a bogey track for the Mercedes ace for quite some time. In fact, it took until 2016 – his tenth season in F1 – before Lewis Hamilton won in Brazil.

In a dominant drive under extremely wet condition, the Mercedes driver took a brilliant win to finally reach the top step of the podium in Brazil. He has since followed this up with two more victories at the Autodromo Jose Carlos Pace.

This season, though, Lewis Hamilton is still yet to take the chequered flag. He hopes that this will change at this weekend’s Brazilian Grand Prix.

A lot on the line at Interlagos

Mercedes look much more of a threat to the dominance of Red Bull as F1 heads to the penultimate round of the 2022 season. After coming tantalisingly close in the USA and Mexico, Lewis Hamilton will be desperate to take victory in Brazil.

Meanwhile, Ferrari will hope that they can regain some of their early season pace. The Scuderia have looked off the boil in recent rounds – but may want to finish the season on a high.

Elsewhere, the midfield scrap for constructors’ standing spots is super tight. Just a single point separates AlphaTauri (ninth) and Haas (eighth), with millions of dollars in prize money on the line.

This weekend’s Brazilian GP also sees the return of the Sprint race. As a result, qualifying is on Friday, with the sprint on Saturday. The Grand Prix will still be in its usual Sunday slot.