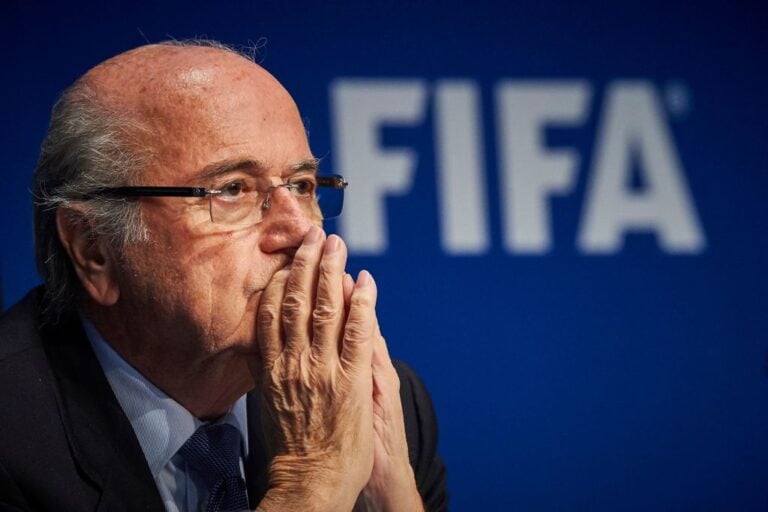 Former FIFA president Sepp Blatter has admitted that giving Qatar the right to host a World Cup was an error in his presidency.

The 2022 tournament, starting later this month, has arrived amid a backdrop of controversy over a number of matters.

Now, in an interview with Swiss paper Tages-Anzeiger, Sepp Blatter has finally spoken out on the upcoming World Cup.

“The choice of Qatar was a mistake,” said the ex-FIFA president, quoted via Sky Sports. “At the time, we actually agreed in the executive committee that Russia should get the 2018 World Cup, and the USA the 2022 one. It would have been a gesture of peace if the two political opponents had hosted the World Cup one after the other.

“For me it is clear: Qatar is a mistake,” Blatter continued. “The choice was bad. And I was responsible for that as President at the time.”

Despite awarding the event to the country many years ago, Sepp Blatter will not be in charge of FIFA at the tournament. He actually resigned as FIFA president in 2015 due to widespread allegations of corruption.

However, a Swiss court cleared Blatter of criminally defrauding FIFA after an investigation into a £1.7 million payment to then-UEFA boss Michel Platini. His handling of awarding World Cups to South Africa (2010), Russia (2018), and Qatar (2022), is still considered very suspicious.

But that did not stop Sepp Blatter from criticising the current FIFA chief, Gianni Infantino, for his work in Qatar.

“Why is the new FIFA president [Infantino] living in Qatar?” questioned Blatter. “He can’t be the head of the local World Cup organisation. That’s not his job. There are two organising committees for this – a local one and one from FIFA.”

But why is Qatar a controversial World Cup destination?

Critics’ issues with Qatar stem from three major factors. Firstly, many people criticise the Middle Eastern country for its stance on LGBT rights. In Qatar, homosexuality is actually punishable by death. As a result, some LGBT groups have condemned FIFA for holding a World Cup in a place where LGBT football fans may risk their safety.

A second reason why so many oppose the Qatar World Cup is because of alleged abuse of foreign workers. Many human rights groups have pointed out the poor treatment of foreigners hired to work in the country. These bad conditions have thus led to injuries and even deaths.

In February 2021, The Guardian reported that 6500 migrant workers had died whilst working in Qatar in the years following their World Cup bid. Although it must be said that this number is up for debate.

There are also numerous reports of labourers in Qatar not receiving their wages for weeks on end – another violation.

A third element of the widespread negativity to the upcoming tournament is the contentious nature in which Qatar got it. Qatar won a ballot vote among FIFA officials back in 2010 which gave them the right to host the 2022 World Cup.

But many claim that corruption influenced this vote. The New York Times detailed a US investigation that accused representatives working on behalf of Qatar and Russia of bribing FIFA officials. With these bribes, they allegedly earned votes which got the countries the 2018 and 2022 World Cups.

Despite the evidence of bribes, there is nothing actually linking Qatar itself to the payment or use of corruption. It still leaves a sour taste for many, though, that they won bidding rights in this fashion.

Whether the off-pitch controversy overshadows the on-pitch product in November remains to be seen.