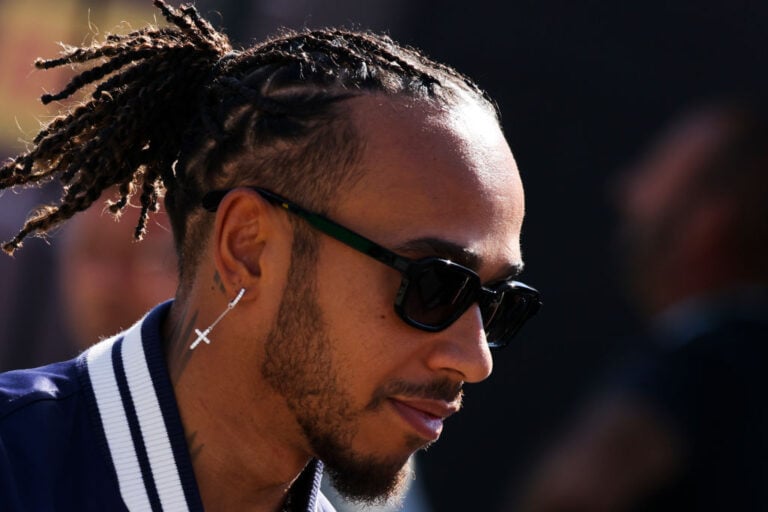 Lewis Hamilton met Queen Elizabeth II a number of times throughout his F1 career, and after her passing on Thursday, paid his respects with an emotional message.

The seven-time Drivers’ Champion received an MBE from the monarch in 2009, and adored Her Majesty. Consequently, he took to his Instagram page to post a statement.

He said: “How do you find the words to describe the loss of Her Majesty The Queen? She was truly an iconic leader, an inspiration and a reassuring presence for most, if not all, of our lives.

“Since the sad news yesterday, I’ve been reflecting on her incredible life. She was a symbol of hope for so many and she served her country with dignity, dedication and kindness.

“She was truly like no other and I’m grateful to have lived during her time. Her legacy will be long-lasting and her passing deeply felt.”

Hamilton continued: “I had the incredible honour of being able to spend time with her. It is something I’ll never forget. We talked about our shared love of dogs and she was incredibly generous with her time.

“I know the whole nation and many others around the world will be mourning her loss and my thoughts and prayers are with her family and all those close to her, who have lost a loved one. Rest in Peace.”

How is F1 paying respects to The Queen this weekend?

On Sunday, Hamilton will compete in the Italian Grand Prix. As a mark of respect towards Queen Elizabeth II, all F1 teams took part in a minute’s silence before first practice got underway on Friday.

In addition, organisers are also set to arrange a tribute to Her Majesty before the race on Sunday, although full details of what this will contain have yet to be announced.