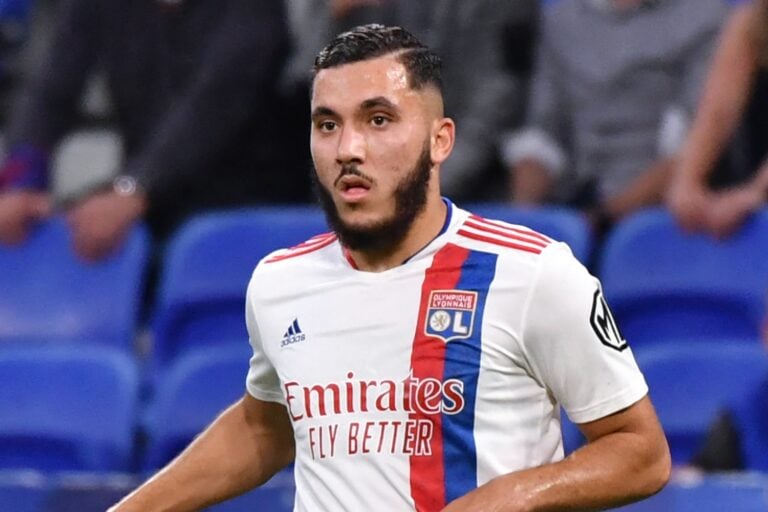 Lyon star Rayan Cherki has revealed that his dream in the beautiful game is to eventually play for Spanish giants Real Madrid.

The 18-year-old was first called up to the senior squad in the 2019/20 campaign and ever since then, he’s quickly established himself as one of the rising stars in French football. The hometown boy clearly has a deep affection for Lyon and consistently showcases that whenever he goes out there to perform with the club only just missing out on a Champions League spot last season.

When will Cherki make the move?

Their hope, quite clearly, would be for him to stay put for as long as possible, but Cherki understandably has some big ambitions for what he wants to achieve in the years to come. At the top of that list, to the surprise of very few, is a move to Madrid – as he revealed to Onze Mondial.

“I stayed at Olympique Lyonnais because I love this club and especially because I wanted the city of Lyon to remember me. Because I remember her and I will always remember her. When you are Lyonnais and you play for OL, you are proud! Because our big brothers liked OL, our parents liked OL, our grandparents came to France to live in Lyon in the old districts. It’s a special thing. It is a real pride to play for OL.”

Lyon’s next outing will see them host Strasbourg on September 12.