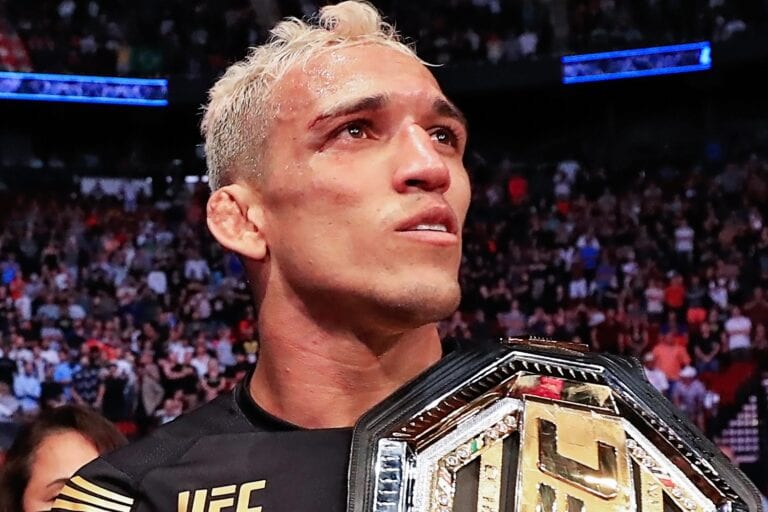 Charles Oliveira and Dustin Poirier are being lined up for a UFC lightweight title showdown later this year.

It’s the fight everyone has been anticipating and now, it appears as if we’re just a matter of months away from seeing it as the two best 155-pounders in the world prepare to battle it out for the right to be called champion.

Oliveira won the belt earlier this year with a sensational comeback win over Michael Chandler, finally capping off his meteoric rise to the top of the division in the process. On the flip side you’ve got Dustin Poirier who has had a phenomenal 2021 thus far with back-to-back wins over bitter rival Conor McGregor, both of which were at lightweight.

Can Oliveira spoil the party?

Some thought “The Diamond” would wait to fight Nate Diaz or McGregor again in a big money fight but instead, as per MMA Junkie, he’s got his eyes set on finally becoming the undisputed lightweight king in the UFC.

“Re: Oliveira vs. Poirier, I’m told UFC 269 on Dec. 11 is a date that works for Oliveira, but the fight isn’t official or agreed on just yet. A meeting to discuss what’s next is expected in the coming days.”

In terms of the next step for both men it just seems logical to make this fight happen, and after that, there’s always the winner of Justin Gaethje vs Michael Chandler waiting around the corner.