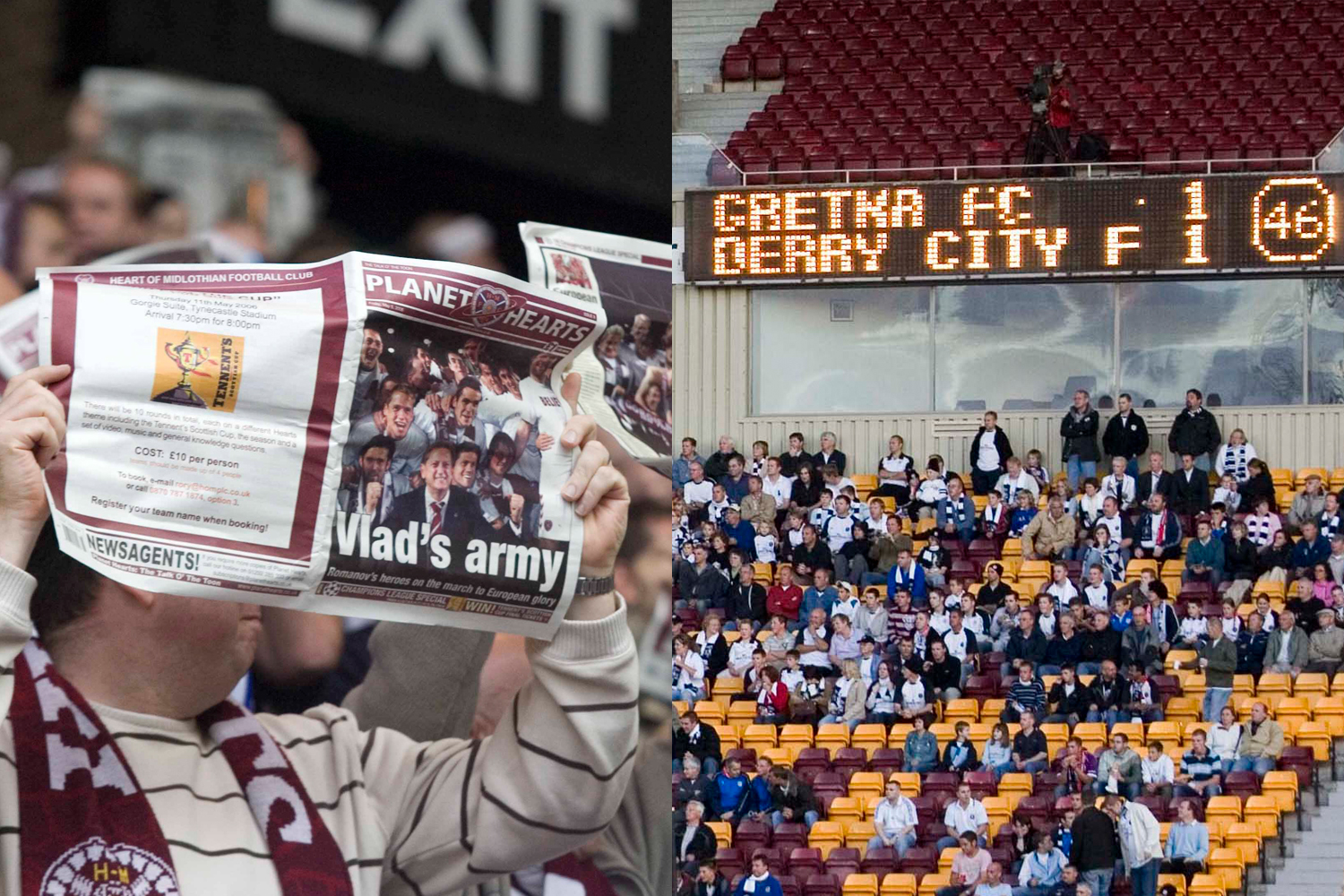 Hearts and Gretna met in the Scottish cup final in 2006, an unlikely fixture given Gretna’s relative obscurity just a couple of years earlier.

In the latest episode of Football Uncovered, we talk to Sporting Intelligence’s Nick Harris, who shares first-hand tales of two very different, but equally unusual stories of football ownership.

Over a five-year period the eccentric Brookes Mileson bankrolled Gretna from the bottom to the top flight of Scottish football.

That rise also brought with it the emergence of Kenny Deuchar, or ‘Doctor Goals’ as Jeff Stelling famously christened him following a staggering 93 goals in 63 games for the club.

However come the 07/08 season, Gretna were relegated from the SPL, finishing the season on just 13 points after being deducted 10 for entering administrations.

By this time, Mileson’s health problems had caught up with him and he became seriously ill, and with debts of £4m he withdrew financial support. By the following summer, the club was left with no staff, no players, no ground and no competition to play in.

The situation led to the club being dissolved and three months later, Mileson died.

Vladimir Romanov’s reign at Hearts began in 2005, and he couldn’t have gotten off to a better start, winning their first eight SPL games of the season and going unbeaten in 10.

Despite that, manager George Burley was sacked and it surfaced that Romanov had been interfering with player acquisitions and even team selections, leading to an unworkable relationship.

An extremely impressive shortlist for a replacement was pulled together, with names like Sir Bobby Robson and Claudio Ranieri featuring. However a boardroom cull followed, which saw Romanov’s son, Roman, take over as chairman.

Amidst talks of asset stripping, it was actually Graham Rix who was appointed manager, who just a few days earlier had been at the helm of Crawley. That wasn’t where the controversy stemmed from though, that came because Rix had served six months in prison in 2009, after unlawful sex with a 15-year-old which meant he was still on the sex offenders register.

He was sacked after four months.

It didn’t get much better from there’ Romanov employed a team of bizarre new backroom staff to assess injuries with golden sticks and manipulated energy. He also finally admitted that he did indeed like to pick the team, and that he had no plans of stopping.

Player revolt led to the three most senior names at the club, Steven Pressley, Paul Hartley and Craig Gordon, leaving. By summer 2007, Hearts were £36m in debt and the highlight of Romanov’s year was winning Lithuania’s version of Strictly Come Dancing.

In the seasons that followed, players failed to be paid and the whole squad was put up for sale in 2013, with Heats entering administration.

A fans collective purchased the club, but couldn’t stop relegation in 2014, though thankfully for the side, Romanov was finally gone.

For a more in-depth glimpse into how things transpired for both Gretna and Hearts, listen to the latest episode of Football Uncovered now.