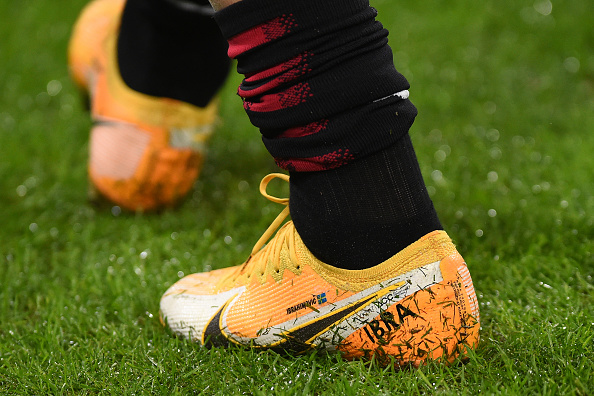 Nobody could have predicted how 2020 would unfold, the football world came to a standstill as time was needed to adapt to the pandemic.

Thankfully, after a slight interruption football returned and the beautiful game has thrown up some surprises of its own since the start of the 2020-21 season.

Here are three surprise teams across Europe that have shocked many with great starts to the new campaign.

Over the past two years, Lille have been rising back up the French football ladder.

This season Lille have been a surprise package in Ligue 1. They have been impressive as they sit joint top with Lyon after 17 games. Lille have only lost once this season in a 3-2 defeat to Stade Brestois.

Lille have also had success in Europe as they qualified from their Europa League group, finishing in second place behind AC Milan.

The French side have a strong squad this season and have an array of quality players. A solid centre midfield pairing of Renato Sanches and Boubakary Soumare have allowed the creative trio of Johnathon Bamba, Johnathon Ikone and Yusuf Yazici to score and create goals freely.

Experienced loanee striker, Buruk Yilmaz, has also chipped in with 9 goals in all competitions.

There is still a long way to go this season, but Lille certainly have a talented squad and could make PSG work hard for the Ligue 1 title.

Over the past eight seasons Milan have not reached the heights expected of one of Europe’s biggest clubs.

However, this could be the season that the sleeping giants from the San Siro return to the top of the Serie A.

This season AC Milan are serious title contenders, they top the table going into the new year and are yet to lose a game in Serie A so far.

The team is filled with talented youngster such as Theo Hernandez, Rafael Leao and Sandro Tonali. Other star performers have been Hakan Calhanolgu and Frank Kessie, the pair have contributed 13 goals between them.

Milan have found a talisman and leader for the young squad in Zlatan Ibrahimovic.  At the ripe old age of 39, Zlatan has had one of his most prolific seasons yet scoring ten goals in just six appearances.

If Ibrahimovic can keep fit and the rest of the squad continue to perform then AC Milan may be the team to end Juventus’ dominance on Italian football.

VfB Stuttgart are regarded as one of the biggest clubs in Germany. Since they last won the league in 2007 the club has been on a rollercoaster ride with finishes ranging between Europa League qualification to relegation on two occasions over a 13-year period.

After regaining promotion back to the top tier for this season Stuttgart have been one of the most exciting teams in the division.

The highlight of the season so far was an unbelievable 5-1 win over Borussia Dortmund.

The shining light in the Stuttgart team has been young forward Silas Wamangituka. The classy 21-year-old has seven goals and three assists so far and is one of the hottest prospects from the Bundesliga.

Stuttgart fans will hope that the teams all action approach can continue to push them up the table and possibly challenge for a spot in Europe. However, most of them would not mind a few consistent seasons away from the unpredictable adventure the club has been on for the past 13 years.