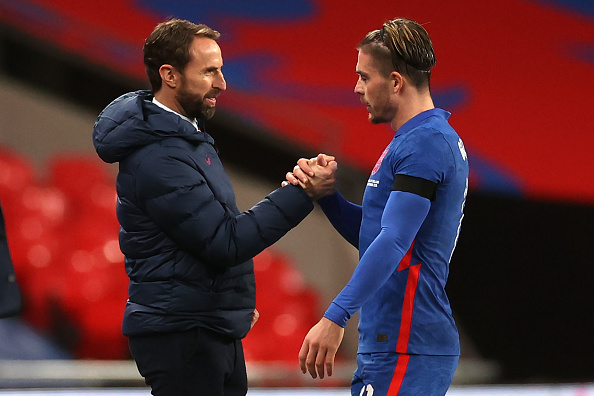 Jermaine Jenas heaped praise on Aston Villa’s captain Jack Grealish describing the midfielder as “incredible” and that stated that Grealish must start for England.

The former England midfielder was keen to highlight the talent of Grealish on his 200th appearance for his boyhood club.

Aston Villa continued their fantastic start to the season with a 3-0 victory over Crystal Palace. The win means that Villa sit in 6th position with games in hand on some of the teams above them.

Although it was Ollie Watkins who stole the show getting three assists, the panel on the BT Sport Score show praised Jack Grealish as the game was live.

Grealish has gone from strength to strength over the last few years. The Villa captain was vital in keeping Aston Villa in the Premier League last season.

He been in terrific form this campaign scoring five goals and getting eight assists in the Prem.

The Villa man has created the most chances from open play across the top five leagues in Europe.

His good form earned him a well-deserved call up to the England squad for September’s Nations League games. He has since gone on to pick up five caps for his country.

England have a large pool of talented attacking player to choose from, but Jermaine Jenas believes that Grealish must start for England.

While on the BT Sport Score show yesterday, Jenas said: “The lad’s incredible, he really is.”

“There’s no other player we have, in my opinion, that can do it from those midfield areas, so he has to start.”

With the postponed Euro 2020 coming around, Grealish will be looking to firmly cement his place in the squad for the tournament.

Competition is still with players like James Maddison, Phil Foden, Dele Alli and Mason Mount all competing for similar positions. The quality of all these players make it hard to guess how England should line up for the Euro’s.

If Grealish continues to impress this season then he will surely force Gareth Southgate to include him in his plans.