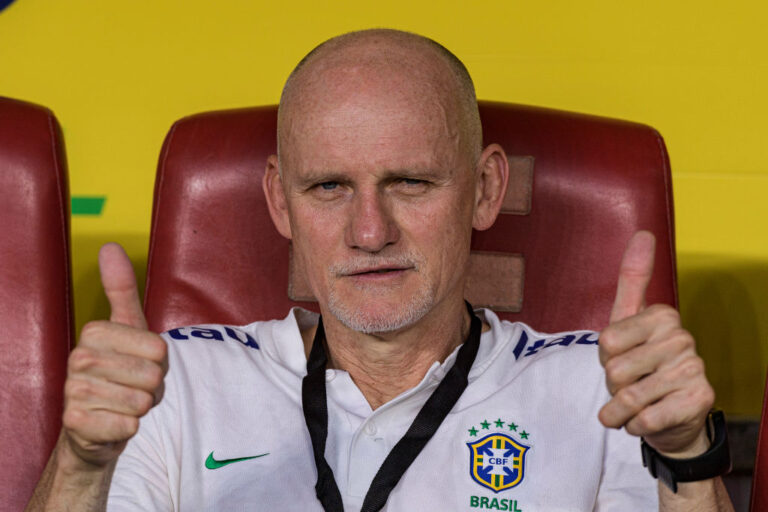 Liverpool have announced that Brazil legend Claudio Taffarel is to join their backroom team.

Taffarel is to assume the role of goalkeeping coach, which will link him with fellow countryman Alisson. The 55-year old will join John Achterberg and Jack Robinson in heading up the goalkeeping department.

Taffarel will combine his new Liverpool duties with his Brazil national team role.

Taffarel will arrive on Merseyside to some familiar faces. Liverpool’s number one has worked with Taffarel on international duty with Brazil. In fact, it is thought that Alisson was a significant influence in Taffarel joining the club.

Liverpool midfielder Thiago Alcantara’s father, Mazinho, played with Taffarel for Brazil. They won the World Cup in 1994 together.

He is one of the most decorated goalkeepers in Brazil’s history. It is quite a statement by Liverpool to bring him to the club.

Taffarel claimed an impressive 101 caps for Brazil during his career. The ‘keeper won the World Cup in 1994 and was a runner-up in 1998.

The former Brazil stopper made 323 appearances across six different clubs before hanging up his gloves in 2003. In his club career, his honours are rather impressive, winning the Coppa Italia on two occasions and the UEFA Cup Winners’ Cup with Parma.

Additionally, he lifted the Turkish Super Lig on two occasions and the UEFA Cup with Galatasaray. The keeper had success in his homeland, with Atletico Miniero, winning two trophies during his time with the club.

“We really want to really be a proper goalkeeping school in world football and so that’s why we’re bringing in a third very, very experienced goalkeeper coach.”

The Brazil legend can begin work with Liverpool as soon as he receives a work permit.