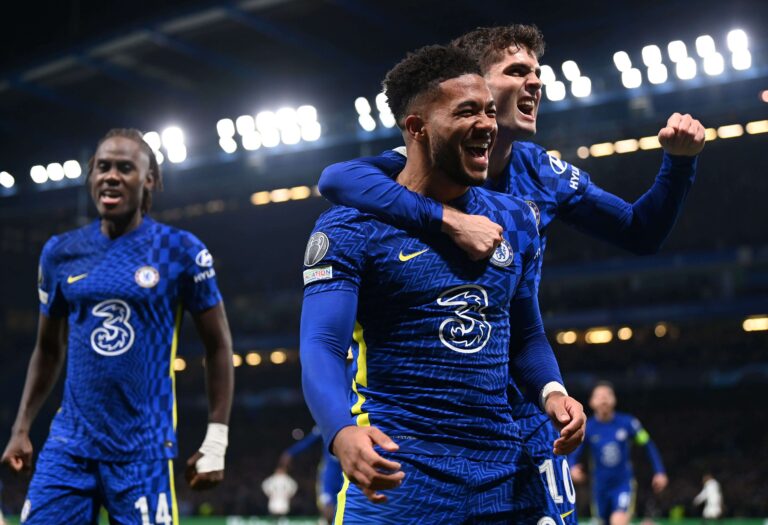 It’s fair to say that Chelsea and England defender Reece James has enjoyed an incredible start to the 2021/22 season – and the stats certainly back that up.

The 21-year-old has enjoyed a regular run in Thomas Tuchel‘s side, firmly establishing himself as the Blues’ first-choice right wing-back.

As a team, Chelsea have been near unstoppable. They currently sit top of the Premier League on 30 points, one ahead of Manchester City. They have won nine of their opening 13 matches. The signs are positive.

A big reason for their performances has been the displays that James has put in. While his defensive game has been strong, his attacking performances have caught the eye most often.

That has also translated to more game time with England. James played in each of their last two World Cup qualifiers, providing an assist in their 5-0 win over Albania after being chosen to start.

Let’s take a look at the stats of Reece James this season, how they compare to last season and how they underline his strong start to the campaign (all stats via WhoScored):

One reason for Reece James’s four goals thus far in the Premier League this season – the highest seasonal tally in his career – is the number of shots he is having on goal.

Last season, James had an average of 1.1 shots per game. However, he ended the season with only one goal. This season, his improved clinical finishing is there for all to see. He averages 1.5 shots per game – an increase of 0.4.

What is also noticeable is the increased number of opportunities he is taking from inside the penalty area. As we all know, generally, the closer you are to the goal itself, the better the chance you have of scoring.

Another improvement for James this season has been the number of assists he has provided. He has recorded four goal contributions in this area this season in the Premier League, compared to two over the whole of the last term.

The stats reflect this most clearly for Reece James when it comes to key passes. He registered 1.3 key passes per game last season – a decrease compared to the 1.8 he has recorded this season. 1.7 of those key passes come from short pass scenarios.

Meanwhile, he has hit 2.0 key passes per game in the Champions League – comfortably his highest-ever total in Europe’s premier competition.

Finally, we’re going to look at the conversion rate stats for Reece James this season.

The 21-year-old has scored four goals from a total of 15 shots in the Premier League. That’s a conversion rate of around 26.6%.

That’s compared to his tally from last season when James converted only one of his 34 shots in the English top division.

Attacking stats are up almost across the board for the Chelsea wing-back. We’re sure there’s even more to come from the exciting talent in the months and years to come.