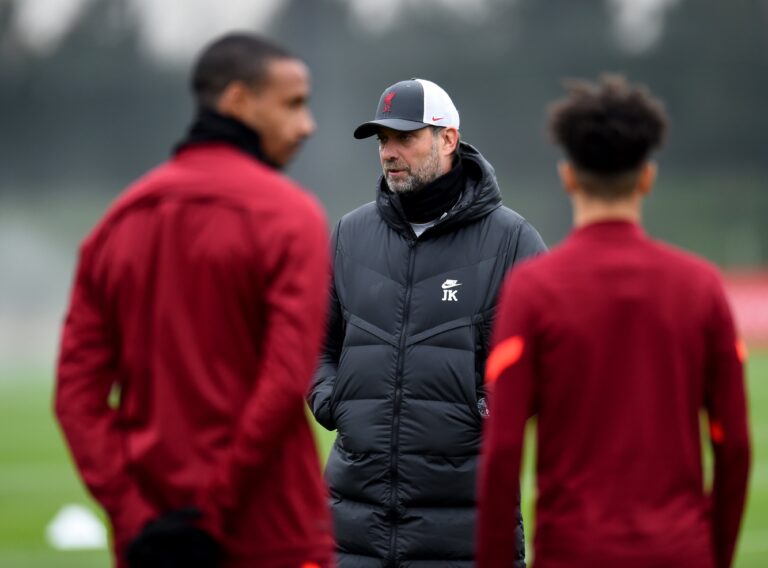 Jurgen Klopp could be without a number of players for Liverpool’s big Premier League match against Arsenal on Saturday.

The German has had to deal with multiple setbacks throughout the international break. A total of 15 players received the call to play for their countries. But sadly, two of Klopp’s most vital players had to return home early.

According to England boss Gareth Southgate, The Reds’ captain, Jordan Henderson, has sustained a ‘small injury‘. This casts uncertainty about whether he’ll play against Arsenal, who are currently in good form after a poor start to the season. Jurgen Klopp and Liverpool would undoubtedly miss his presence in the centre of midfield against a motivated Gunners side.

Sadio Mane is also a significant doubt for Saturday after returning to Anfield early due to a rib injury. Luckily for fans, however, Senegal manager Aliou Cisse said the damage is “nothing serious.”

Read: Why Liverpool and Gini Wijnaldum are both feeling the effects of the summer split

Who else could Jurgen Klopp be missing from his side?

According to This Is Anfield, Henderson and Mane won’t be the only players that Jurgen Klopp could be missing from his side. Both Naby Keita and James Milner are nursing hamstring injuries which cast doubts over their potential availability. Keita had to pull out of Guinea’s international fixtures earlier this month due to the damage that he sustained in the 2-2 draw against Brighton on 30 October.

Curtis Jones is also out due to a freak injury that occurred in training. The Englishman collided with a fellow player in training and damaged his eyeball in the process. But luckily for the 20-year-old, there will be no long-term effects.

Liverpool doctor Jim Moxon explained: “It’s a freak injury and very unlucky, but the important thing to emphasise is there is no lasting damage, and the injury will not impact his vision beyond the recovery period.

Fabinho, Thiago and Alex Oxlade-Chamberlain look like the likely trio to play in midfield this weekend with the injuries considered.

Roberto Firmino is still sidelined with a severe hamstring injury which will keep him out of action for the foreseeable future. Therefore, it may be ill-advised to play Mane and rush his return.

Takami Minamino and Divock Origi will likely have to rise to the occasion alongside Mohamed Salah and Diogo Jota.

Joe Gomez completes the injury list alongside long-term absentee Harvey Elliott. Liverpool can now only hope that Henderson and Mane can quickly return to fitness, whilst the players who are currently undergoing rehab can complete the final stretch.