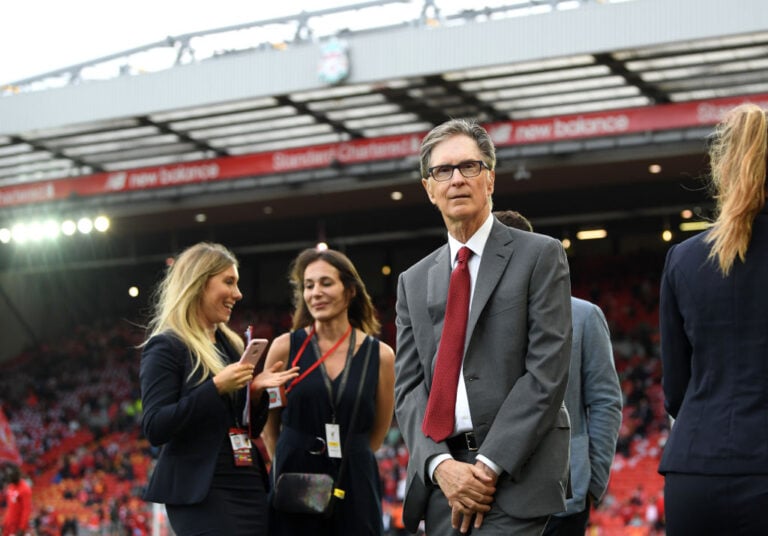 The owners of quadruple-chasing Liverpool are reportedly discussing a ‘formal collaboration’ with La Liga side Elche.

The Merseyside club’s owners, Fenway Sports Group, are already involved in the running of other sports teams across the world.

Since then, FSG have acquired several real estate ventures, and have taken partial ownership of the successful NASCAR team Roush Fenway Racing. However, their flagship move was buying Liverpool in 2010.

Rescuing the Anfield side from enormous debt built by the previous owners, FSG have helped turn Liverpool’s fortunes back around. Under the group’s guidance, Liverpool have started challenging for – and winning – titles again.

Recently, the investment firm have tried to expand their sports team network. They struck a deal for a significant ownership stake in the NHL team Pittsburgh Penguins.

Now, FSG are reportedly looking to expand their football portfolio via a partnership with La Liga’s Elche.

Liverpool exploring a partnership with Elche

According to reports from Spanish paper AS, Elche owner Christian Bragarnik travelled to England to meet with Liverpool’s directors. The meeting intended to explore the potential of a collaboration between the Spanish side and the Reds.

This would work well for both parties; Liverpool can send players out on loan to get experience. Meanwhile, Elche would receive talented youngsters to help boost their performance. Per AS, Bragarnik also wants to “establish a projection channel for interesting players who may acquire value in the market.”

This is Anfield suggests that this could mean some manoeuvring around UK work permits. If they form said partnership, Liverpool may send players who cannot get a permit to work – therefore play – in England across to Spain.

As a result, the player can gain experience and potentially increase their transfer value. From a business standpoint, FSG may see this as a wise investment.

Additionally, the potential partnership would open up preferential treatment in the event of transfers. If Liverpool were interested in an Elche player, the Reds would surely be at the front of the queue to sign them.

Although a deal is not near, the reports of Liverpool officials visiting Elche’s facilities suggest that the wheels are in motion.

This international club collaboration is not a new idea. Other Premier League sides, including Liverpool, already have similar partnerships.

Manchester City are the king of the club collaborations.

The City Football Group has stakes in several teams across the world. Their website lists 10 clubs in partnership, from Manchester to Mumbai, Montevideo to Melbourne.

Chelsea have partnerships with Vitesse Arnhem and Besiktas that are similar to the one that Liverpool are reportedly seeking with Elche. The Blues have sent out huge numbers of players on loan to Dutch side Vitesse, drawing criticism for their player management style.

However, players such as Mason Mount and Nemanja Matic were sent to Vitesse, and they turned out to be first-team stars.

Also possessing agreements with other sides are North London pair Arsenal and Tottenham. They both have partnerships with MLS teams – the Colorado Rapids for Arsenal, and the San Jose Earthquakes for Spurs. However, these were reportedly both in the name of brand expansion in the United States.