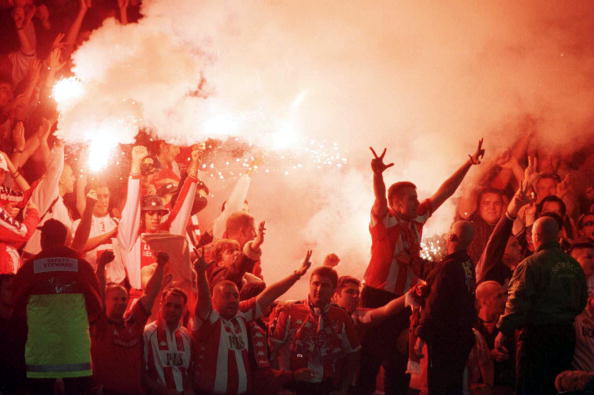 Loyalty to a fans club or country can not be broken, the passion that football fans show for their team is endless.

Every day across the globe billions of fans shout, cheer and scream for the team they love. The beautiful game has such a profound impact of all fans and the support given is the reason why the game is so special.

Twitter blew up yesterday after the world discovered the story of the lone supporter turned club president, Tiago Rech.

The story of Tiago Rech is possibly the example of the ultimate football fan. Tiago Rech has been a lifelong fan of FC Santa Cruz Do Sol.

A few years on from the defeat Tiago Rech got a job at his club. In 2018, Rech was appointed club president as a result of his love and drive to take the club forward.

Last week all the hard work paid off as Santa Cruz won the 2020 FGF Ibsen Pinheiro Trophy, beating San Jose 4-3 on penalties after being level 4-4 on aggregate. The win meant that Santa Cruz qualified for the Brazilian Cup.

Is the fairy tale of Tiago Rech and Santa Cruz the ultimate fan story?

Well these are a few other footballing fans that may believe they lay claim to that title.

A man, dog and his tractor

Back in 2018, Hurbert Wirth and his dog, made the journey from their home town in Pforzheim, Germany, all the way to Moscow to watch the German national team in the World Cup.

Many fans travelled to watch their nations battle it out for footballs biggest prize but Hurbert and Hexe’s journey is a unique one.

Hurbert decided to travel by tractor. Along with his dog, the German travelled almost 1,500 miles going through four countries on his way to the Luzhniki Stadium in Moscow.

The tractor with a top speed of 12mph, towed along an innovative makeshift living space for his and his dog as they travelled.

Unfortunately for Hurbert and Hexe, the long journey to watch Germany did not end well. Germany crashed out of the tournament in the group stages after defeats to Mexcio and South Korea.

Fan rises above a stadium ban

Receiving a stadium ban from your club is something out of most football fans nightmares. However, one fan in Turkey did not let the ban stop him from watching his favourite team.

In April 2020, an un-named supporter of Turkish side Denizlispor had received a 12-month stadium ban from the club. Unable to go watch his team play at the Denizli Ataturk stadium the man found a genius way to carry on supporting his team.

The police eventually arrived and the man had to come down. It was a nice try and you cannot fault the effort from the supporter.

No need to buy a new shirt

Mauricio dos Anjos, a Flamengo fan from Brazil, took showing off his football club to a whole new level as he had the whole of his team’s shirt tattooed over his body.

Dos Anjos decided the clubs crest or motto would not be enough as he decide he wanted the famous black and red stripes all over his torso. The massive tattoo covers 40 percent of his body took over 90 hours to complete.

In an interview with VICE, he said “Having the sacred mantle on my body is a dream come true,”

Talk about a life time commitment to the club.

Who do you believe is the ultimate football fan? Let us know @sporf on Twitter.

Continue to be your teams ultimate fan by watching them for free on Amazon Prime throughout the festive period.