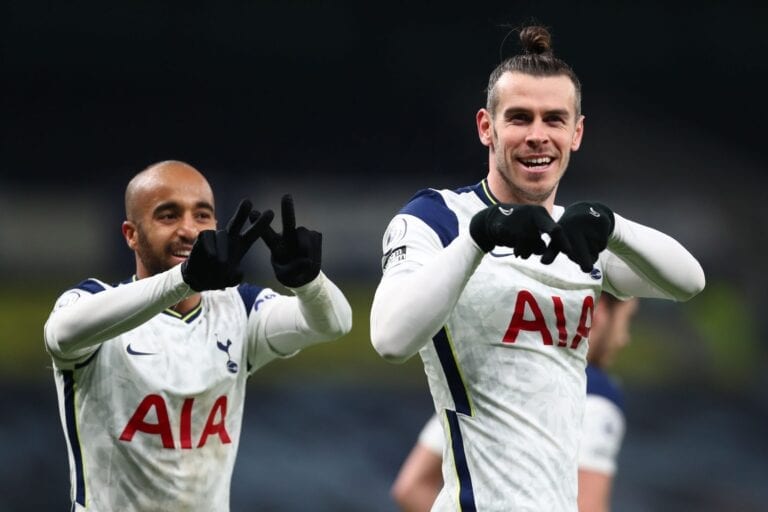 The Welsh Mafia goes from strength to strength with their latest addition – Lucas Moura.

We’re not so sure the Brazilian has family links that go back to Pembroke, but even with that being the case, we feel like he’s a welcome surprise as the WM continues to grow in North London.

The history of this actually dates back a few weeks to one of Spurs’ goal celebrations. When Bale put up the ‘W’ for the Welsh Mafia, Moura decided to put up an ‘L’. Gareth himself was pretty perplexed by the whole thing (understandably) so Lucas has decided to clarify the situation.

“I’m a Brazilian guy but to do a ‘B’ with my hand is very difficult. So, the Welsh Mafia is very nice. Gareth, Ben Davies and Joe Rodon they are all nice guys and they accepted me very well. So I’m happy to be part of this Mafia!” Moura explained.

? We think his celebration could use some work though, what do you reckon @GarethBale11? pic.twitter.com/WwwBgES6Rj

Back on the pitch and top four is about as far as Premier League aspirations will go this season. However, there is the small matter of a Carabao Cup final against Manchester City in the calendar. The Europa League is still another potential avenue for silverware too.

It’s been an extremely up and down season for Tottenham. It started full of promise, even with murmurs of an unlikely title charge creeping in, however that quickly derailed. The recent weeks have seen Mourinho’s side begin to recapture some of that form, which will be a very welcome sight among fans as we head into the business end of the season.