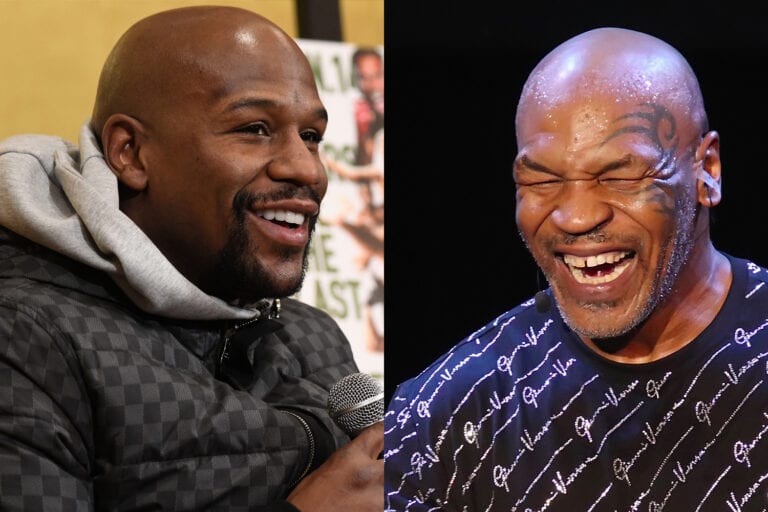 From Mike Tyson to Tony Bellew, the world of boxing is buzzing ahead of the seemingly upcoming Tyson Fury vs Anthony Joshua superfight.

It doesn’t matter whether it’s pundits or former world champions – everyone wants to weigh in on this bout. It’s been heavily rumoured to take place for years now and finally, it seems as if we’re closer than ever before to an official announcement.

There are different views across the entire spectrum of the sport when it comes to predictions for what’ll happen, here’s what a few of the most notable names in the sport are touting:

“Most importantly, he’s a great guy, who carries the torch of this image of a heavyweight champion perfectly. I’m proud to call him as a friend, even though we were [rivals].

“And I think and I wish that eventually Joshua is going to unify all of the belts. That’s the eventual plan.”

“It’s very interesting, Joshua is a masterful puncher. But you can see his punches coming, he telegraphs his punches.

“And that’s just a recipe for disaster if you’re fighting Tyson Fury and you’re telegraphing your punches – to a guy whose 6ft 7in, come on.”

“It’s a very intriguing match-up, you can never say what’s going to happen in the sport of boxing.

“Both guys are great competitors. Like I say, me and Anthony Joshua talk on the regular, so I look forward to working with Anthony Joshua.”

“It’s crazy, in heavyweight boxing there’s a lot of things going on.”

“I just think styles make fights,” he said. “I believe he is the only guy who has the tools to beat Tyson Fury.

“I believe he is the only guy who has the tools to beat Tyson Fury.”

“I think Fury would win because of the aspect of his boxing,” Lewis said.

“It’s difficult to hit a guy that can’t get hit. If you look at Deontay, Deontay didn’t catch up with him until the later rounds and the only reason he caught up with him was because in the later rounds you get tired, and he can’t move as swiftly as the earlier rounds.”

“Tyson Fury. He can fight! The difference in people is how hard they work.

“Joshua may be the better boxer of all of them but, with Fury, you never know. He has long arms and throws shots that you don’t see. He can make adjustments.”