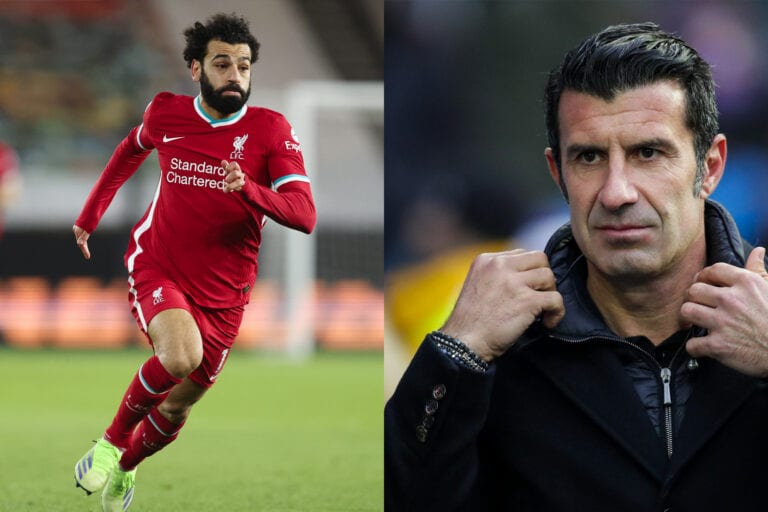 Salah was signed by Liverpool from AS Roma in 2017 and has since gone on to become one of the most efficient forwards in the world.

Four of the players on Figo’s list have represented either of his former clubs Real Madrid and Barcelona. Cristiano Ronaldo, Luka Modric, Lionel Messi and Neymar were all included.

That is yet another sign of just how attractive Spanish clubs are to the best players in the world.

Ronaldo, who now plays for Juventus, has scored over 90 goals in all competitions since joining the Italian side in 2019, whilst Messi remains as crucial as ever for Barcelona.

Ronaldo briefly played alongside Figo when the pair featured for Portugal.

Mbappe, meanwhile, won the World Cup with France in 2018. He helped to guide PSG to last season’s Champions League final, which they lost to Bayern Munich.

Neymar was also part of the same PSG team, and won the Champions League with Barcelona in 2015.

Interestingly, was no place for the current holder of the award, Robert Lewandowski. The Bayern striker has scored a remarkable 32 goals in 24 league appearances this season.

Figo’s legendary pedigree as a player

As a player, Figo was revered as one of the best footballers of his generation.

He won the Ballon D’Or in 2000, and the FIFA World Player of the Year award the following year.

His €62m world-record move from Barcelona to bitter rivals Real remains one of the most controversial transfers of all-time.

Figo went on to win the Champions League with Los Blancos – something he hadn’t managed to do with Barca.

He also made over 100 appearances for Portugal, scoring on 32 occasions and appearing in five major tournaments.