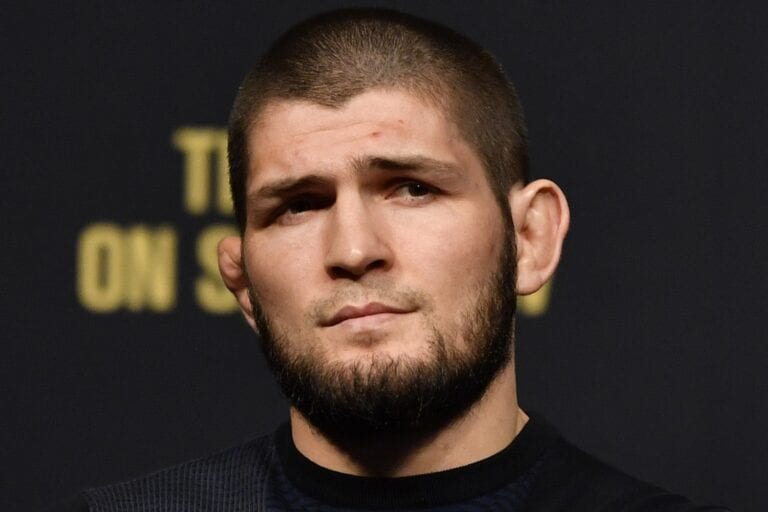 Since his retirement after beating Justin Gaethje at UFC 254, fans around the world have been wondering whether or not ‘The Eagle’ would ever return. Some thought he’d come back to fight GSP, some thought he’d return to reach 30-0, others are still convinced he’ll stay true to his word and stay retired.

One man who has been pretty consistent in thinking he could come back though, is UFC president Dana White.

The funny thing is that White is usually the first one to say “if a fighter is done, he’s done”. Alas, when you’re dealing with a superstar like Khabib, it’s completely different ball game.

After repeatedly suggesting he would honour his mother’s wishes and stay retired, Nurmagomedov has now teased the possibility of yet another meeting with Dana.

Sharing a snap on Insta alongside former UFC CEO Lorenzo Fertitta, Khabib wrote: “It was good to see you Lorenzo. @danawhite send me location.”

The subtle “send me location” does of course reference the threat sent to McGregor following the infamous bus attack in 2018.

Right now there are a handful of options for what Khabib could do next. He could go into coaching full-time, he could focus on running his own promotion, or he could fight again. All of these are feasible but the key is that the Russian is the one holding all the cards.

We can speculate all we want and he’s well aware the MMA world is waiting on his next move. The more recent murmurs do seem to be sounding far more positive than a couple of months back though. Is it only a matter of time?