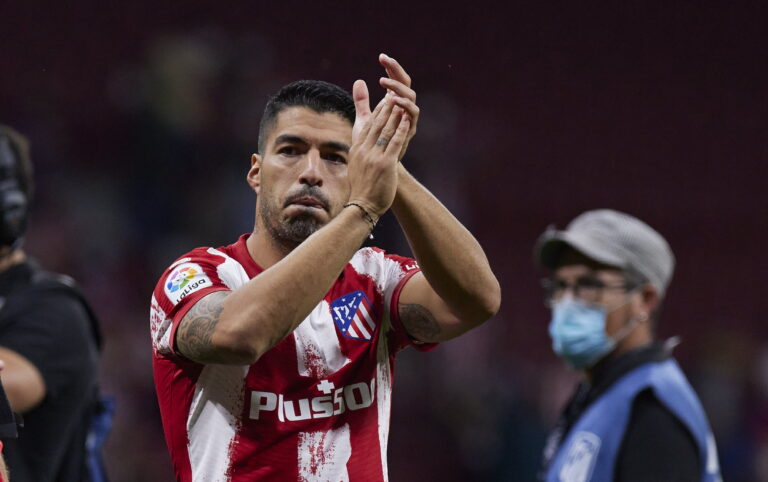 Luis Suarez has revealed that a phone call from his former Barcelona manager Ronald Koeman to inform the Uruguayan that he wasn’t in his plans lasted just 40 seconds.

Suarez left Barca last summer to join Atletico Madrid, where he won the LaLiga title in his first season.

Koeman had decided that the striker wasn’t in his plans at Barcelona. Atletico then swooped to make him one of their summer signings.

Speaking on Gerard Romero’s Twitch channel (quotes via Marca), Suarez recalled that a phone call from Koeman about his future went on for under a minute.

He explained: “The call from Koeman to tell me [I wasn’t in his plans] lasted 40 seconds. It’s not the way to say goodbye to a legend.”

After Suarez’s departure, he fired in 21 goals in 32 appearances for his new club, helping Diego Simeone‘s side to their first domestic title in nine years.

It was the fifth season in which he had passed 20 goals since signing for Barcelona from Liverpool in the summer of 2014.

Upon his arrival at the Nou Camp, he formed arguably the greatest front trio in world football alongside Lionel Messi and Neymar.

None of those three names remain at Barca. Neymar completed a world-record move to Paris Saint-Germain in 2017.

Messi joined the Brazilian at the French giants this summer after his Barcelona contract, which expired in the summer, could not be renewed.

Suarez, meanwhile, has typically started this season strongly. The Uruguayan has four goals in eight LaLiga appearances. He also scored a stoppage time penalty in Atletico’s 2-1 win over AC Milan in the Champions League.