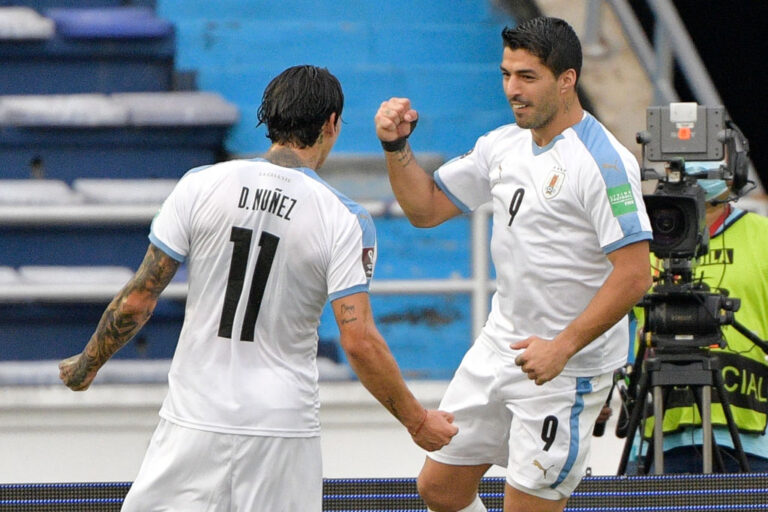 Ex-Liverpool striker Luis Suarez has revealed that he advised former club Barcelona to sign Uruguayan starlet Darwin Nunez before he moved to Benfica.

The Reds completed the signing of Benfica superstar Nunez earlier this week. The highly-rated forward is Jurgen Klopp’s first signing of the summer transfer window.

Following Manchester City’s unveiling of Erling Haaland, the top two sides in England now have two of the most sought-after strikers in world football.

The Reds signed the Uruguayan for a fee believed to be around £85 million in total. It has been reported that £64 million of this fee will be upfront, while £21 million will be paid based on targets.

The 22-year-old put pen to paper on a six-year deal at Anfield. In addition, Darwin could become Liverpool’s record signing, with the current record standing at £75 million; a fee the Merseysiders paid to Southampton for Virgil van Dijk in 2018.

The Uruguayan is expected to replace Sadio Mane in Klopp’s attack, as the Senegalese star likely to move out of Anfield this summer. Bayern Munich appears to be his most likely destination.

Other than his colossal frame and powerful play, the thing that stands out about Darwin is his numbers. Last season he scored 34 times in just 41 appearances for Benfica.

Two of these goals were against his new club. Darwin scored in both legs of Benfica’s Champions League quarter-final against Liverpool last term, as the Portuguese side were eliminated by Klopp’s “mentality monsters.”

Darwin Nunez follows his compatriot in leading Liverpool’s frontline. Suarez was a special player at Liverpool and arguably should have ended his stint at Anfield having won the Premier League.

Darwin will look to emulate Suarez’s success on Merseyside and will back himself to make the difference for Klopp’s side in the title race next term.

Suarez revealed on journalist Gerard Romero’s Twitch channel in October that he recommended his countryman to Barcelona.

He said: “I recommended Darwin to Barcelona when he was at Almeria. I have 15 years of international experience. I know a thing or two about forwards.”

Suarez told Barcelona: “Keep an eye on him. He has something special.”

Two seasons ago, Darwin was plying his trade for Almeria in the Spanish second division. But, after Barcelona ignored Suarez’s advice, the now-22-year-old moved to Benfica for £20 million last summer.

The rest, as they say, is history.