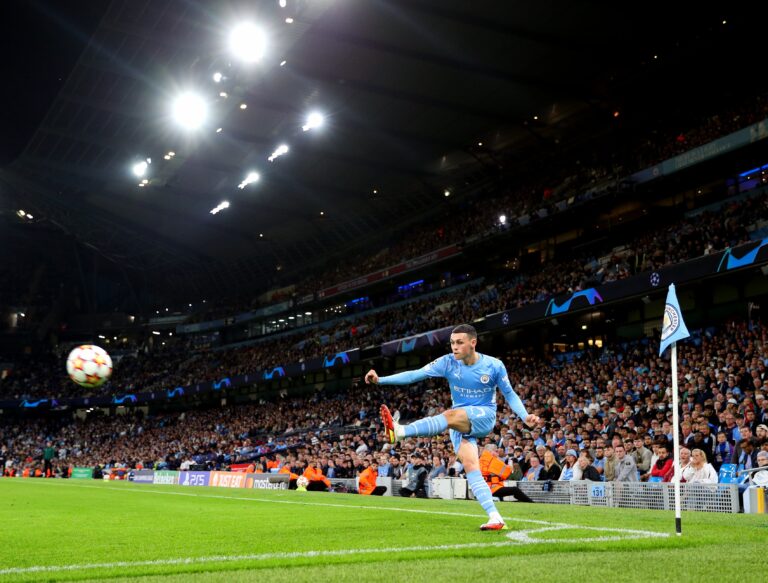 Manchester City fans have defended the number of empty seats at the Etihad Stadium during their Champions League clash with RB Leipzig last night – with some noting that there was ticketing issues prior to kick-off.

City secured an enthralling 6-3 victory to kick off their European campaign, with Nathan Ake, Riyad Mahrez, Jack Grealish, Joao Cancelo and Jack Grealish all getting on the scoresheet.

Nordi Mukiele’s own goal also contributed to the scoreline, whilst Christopher Nkunku scored a hat-trick for Leipzig.

It was a superb encounter between two highly entertaining sides – but it was clear that the Etihad wasn’t quite at full capacity for the occasion.

One fan posted a video of the stadium at kick-off, with empty seats visible.

City boss Pep Guardiola commented on the attendance last night – and asked for more fans to attend their game against Southampton on Saturday.

Speaking to BT Sport, he said: “I would say the last three games we played here, we scored 16 goals.

“We will be tired. I know the team from Ralph [Hasenhuttl] is quite similar to the way we play. They are so, so dangerous with good quality and it’s a really important game for us.

“So I invite to all our people to come next Saturday, 3pm, to watch the game.”

Some fans had differing opinions on their manager’s comments, with opinions ranging from a lack of atmosphere to pointing out ticketing issues prior to the game that may well have caused fewer fans to attend.

Following the Southampton clash, City then face a Carabao Cup tie against Wycombe at the Etihad Stadium.

They then travel to Stamford Bridge to take on Chelsea, before facing Paris Saint-Germain in France on the second Champions League matchday to round out September.