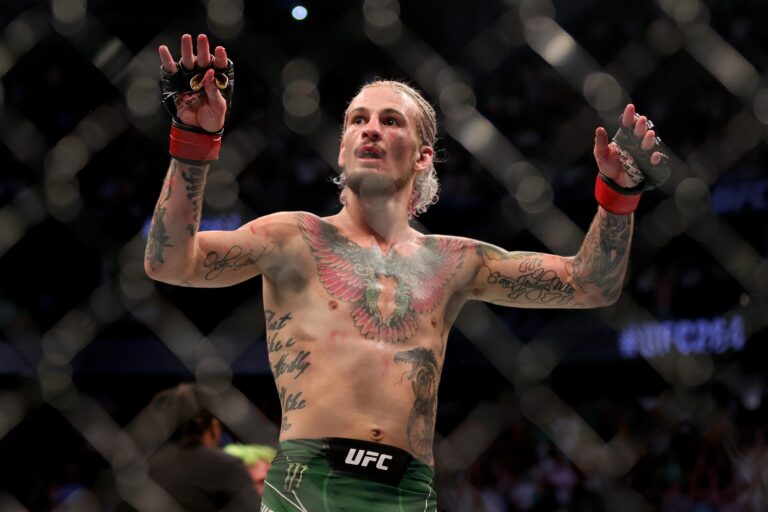 UFC bantamweight Sean O’Malley has hit out at transgender fighter Alana McLaughlin after she won on her debut in MMA.

McLaughlin defeated Celine Provost in Miami Gardens, Florida, winning via a rear-naked choke in the second round.

In doing so, she became just the second transgender athlete ever to compete in the sport, after Fallon Fox.

Fox came out as transgender after her first two fights – which she won – before winning a further three of her next four matches.

The Florida State Commission sanctioned McLaughlin’s bout – but some figures within the sport have criticised her participation.

“And look at that, you could tell that’s a dude. A jacked girl. I mean, look at those arms.”

MMA podcast producer Angel David Castro tweeted: “Alana McLaughlin transitioned 5 years ago, which means that “she” lived 33 years of her life as a man.

“Tonight, McLaughlin fought and beat a biological woman… what a shock. This is nonsense.”

After the victory, McLaughlin posted on Twitter: “I’m getting a lot of variations of the same nasty messages calling me a cheater like I didn’t just get beat on for a round and a half.

“She almost finished me more than once, and on scorecards she definitely won that first round. This is the only post I’ll make about this. Transphobes are just making my block hand stronger.”