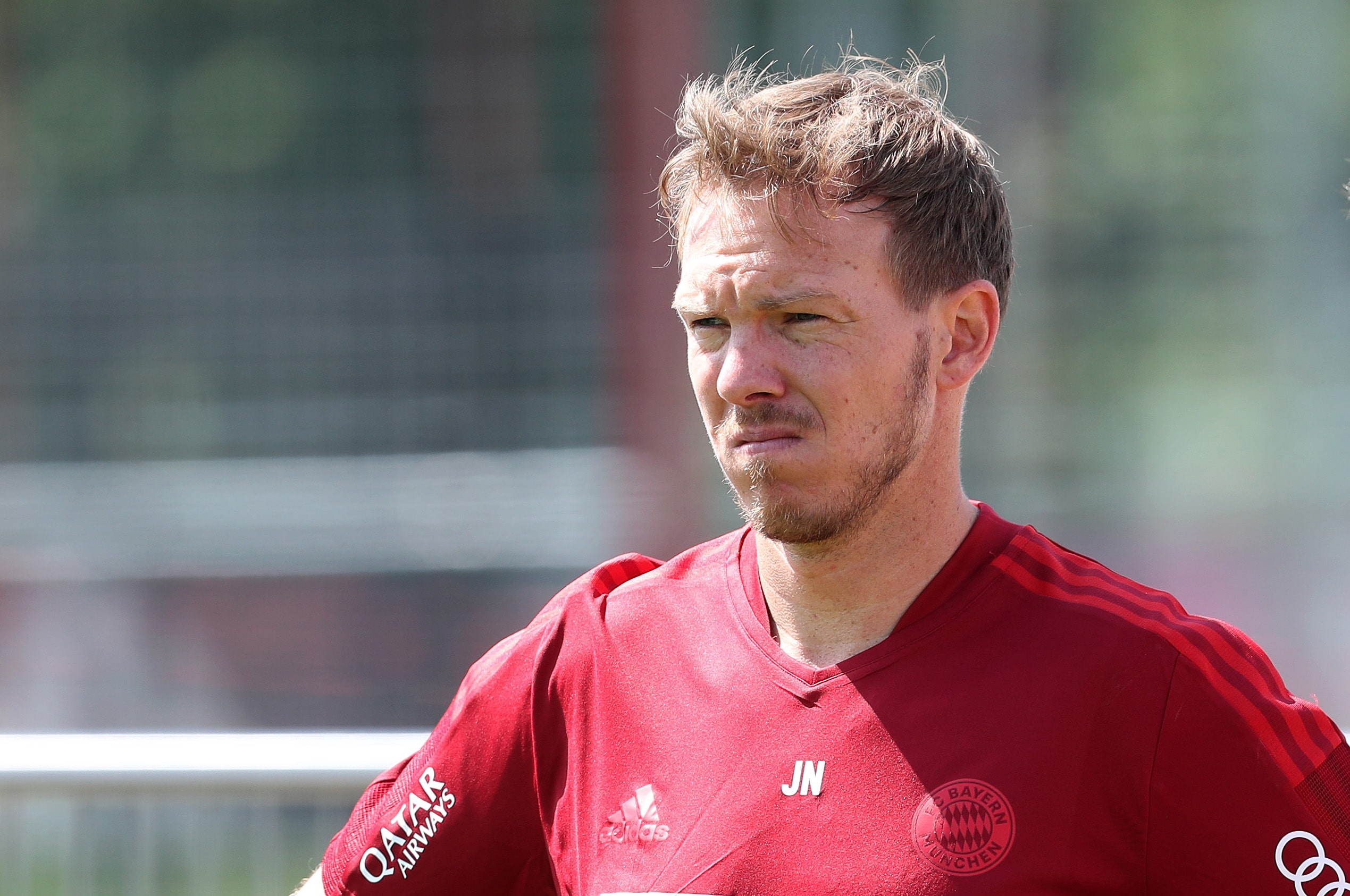 New Bayern Munich manager Julian Nagelsmann says he was “not very fond” of discussing Robert Lewandowski‘s future in his first official talks with the player.

The Polish marksman has been one of the world’s best strikers over recent seasons. In the last campaign, Lewandowski scored 41 Bundesliga goals for Bayern to break the 40-goal record set by Gerd Muller back in 1971/72.

The feat was made even more impressive given the fact that the 32-year-old missed four consecutive league games through injury near the end of the season.

Since joining Bayern, he has scored a remarkable 294 goals in 329 appearances in all competitions.

Additionally, his 69 strikes make him Poland’s record goalscorer by some margin.

And this has resulted in him attracting the interest of some of Bayern’s top European rivals, such as Real Madrid and Manchester City.

But his manager Nagelsmann – who was appointed as Hansi Flick’s replacement in May of this year – is unhappy that his initial talks with the striker have to involve his future.

He told Sky Germany: “The rumours about Robert Lewandowski have been around for ages, I think since he joined Bayern Munich.

“I think it’s normal for someone who scores so many goals that almost every club puts out a feeler.

“I’ve spoken to him and texted him. I’m not very fond of the first official act with a player being to immediately discuss his contractual situation.”

City have been in the market for a striker as a result of Sergio Aguero departing the club in June.

They made a bid of £100m for Tottenham’s Harry Kane during Euro 2020 but it was rejected, with Sky Sports reporting that Spurs value Kane at upwards of £120m.

However, one player it seemingly looks like Pep Guardiola’s side won’t be making a move for is Antoine Griezmann.

The club have reportedly told Barcelona they are not interested in buying the forward.

That could mean City now turn towards Lewandowski in their pursuit to sign a world-class striker.