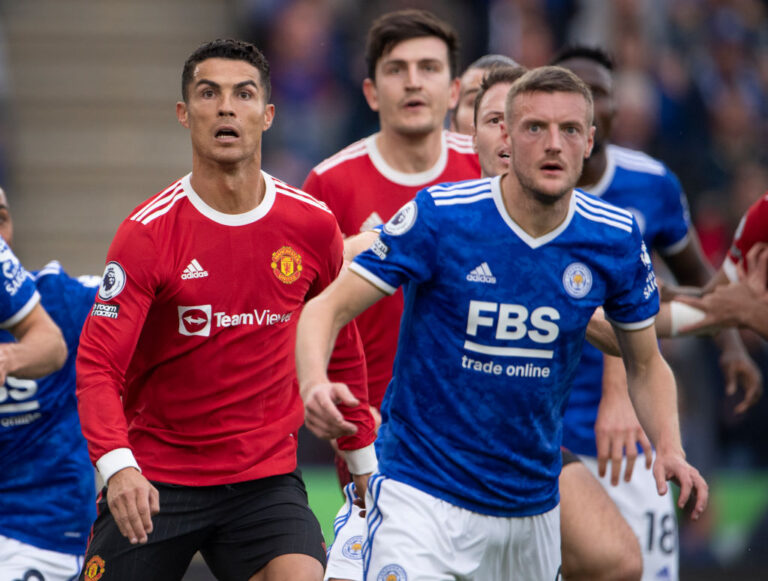 Man United are exhausting all options in the transfer market as they target Leicester’s Jamie Vardy and a player from La Liga.

Erik ten Hag is desperate for reinforcements in his squad, with United’s first two games underlining their problems. The Red Devils lost 2-1 on their opening matchday against Brighton. Then, Brentford humbled them with a 4-0 thrashing last weekend.

As a result, Ten Hag holds the unenviable record of being the first United manager to lose his first two competitive matches in over 100 years. Most embarrassingly, the Manchester side find themselves rooted to the bottom of the league table, while their city counterparts sit top.

The underperforming squad has a number of holes that need fixing. Most recently, the attacking department has become an area of concern. The manager can currently call upon just two out-and-out strikers in his first-team squad: Anthony Martial and Cristiano Ronaldo.

Unfortunately, Martial picked up an injury at the tail-end of pre-season, thus missing the start of the campaign. And with Cristiano Ronaldo’s future at the club up in the air, options are thin on the ground.

Elsewhere, Marcus Rashford is also able to play as a number nine. But he has been out of form, and had just four league goals last season. Therefore, United will once more look to bring in fresh faces to Old Trafford, with a number of players on their radar.

Given the likely rotational status of any player that comes in, the Red Devils are not looking to break the bank. So, the players linked to the club are all budget-friendly.

Per Football Italia, Paris Saint-Germain have offered United the chance to sign outcast Mauro Icardi. Such is the desperation of Les Parisiens to get rid of the forward, Man United could get him for free. Italian sides Juventus and Monza both turned down a move for Icardi last week.

Alternatively, United made an offer for former Stoke and West Ham striker Marko Arnautovic. However, Bologna rejected the club’s bid of nearly £7 million for the Austrian, so United ended their pursuit. Red Devils fans got a great deal of relief from this, as the potential move was not a popular one.

Finally, Erik ten Hag’s side have been monitoring the status of Stuttgart forward Sasa Kalajdzic. Per Sky Sports, the 25-year-old is keen on a move to Old Trafford, further boosting the club’s chances.

Despite this, Man United are making sure they have a selection of targets to choose from as they look at Jamie Vardy and Espanyol striker Raul de Tomas.

The Athletic report that Man United are eyeing up a move for Leicester City legend Jamie Vardy. Already a proven goal scorer in the Premier League, United could roll the dice on Vardy as his contract expires next summer. He would also provide a potent attacking threat, something that United lack thus far in 2022/23.

They do face competition for him, though, with Chelsea also monitoring the forward’s situation.

In addition, ESPN say that the Red Devils have expressed interest in Espanyol’s Raul de Tomas. A former Real Madrid youth prospect, De Tomas led Espanyol to La Liga survival last season, scoring 17 goals. The Spanish side will reportedly let him go for an offer in the €25-30 million region.

Whichever option United go with, they will expect them to have an immediate impact on a squad that is already on the back foot.