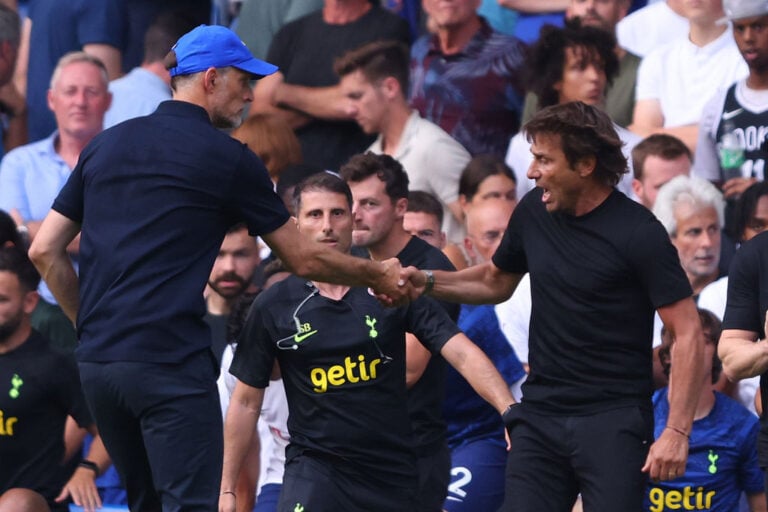 The Premier League has given fans many memorable moments over the years, but this weekend’s clash between Thomas Tuchel and Antonio Conte is surely up there with the best.

On August 14, Chelsea and Tottenham Hotspur met in a monstrous London derby and the match well and truly lived up to the hype. After just 19 minutes, Kalidou Koulibaly smashed the ball home to give the hosts the lead.

However, despite holding Spurs off for a considerable amount of time, the visitors eventually found the equaliser.

Just nine minutes later, a Reece James goal put the home team back in the ascendancy. And, as time wore on, it appeared that the Blues would send their fans home with all three points. However, Harry Kane had other ideas.

In the dying seconds of the game, the England international headed the ball home to rescue a point and send his fans into raptures. This, of course, delighted Conte. However, there’s always an equal and opposite reaction, and in this case, Tuchel proved just that. The German couldn’t quite believe what had happened, and consequently, he failed to contain his emotion.

The two gaffers had already been involved in one confrontation earlier on in the match. Tuchel also ran down the touchline, in a similar way to how Jose Mourinho did against Manchester United in 2004, to fuel the tension even further. In the aftermath of the game, those tensions reached boiling point.

Following the full-time whistle, Conte stormed in the German’s direction and went to shake his hands. However, after walking off, Tuchel kept hold of his rivals’ hand, which left the Spurs boss furious.

The pair exchanged verbals and squared off, before members of both teams dived in to separate them.

This moment has unsurprisingly taken the Internet by storm, with fans and pundits taking to Twitter to give their amusing reactions.