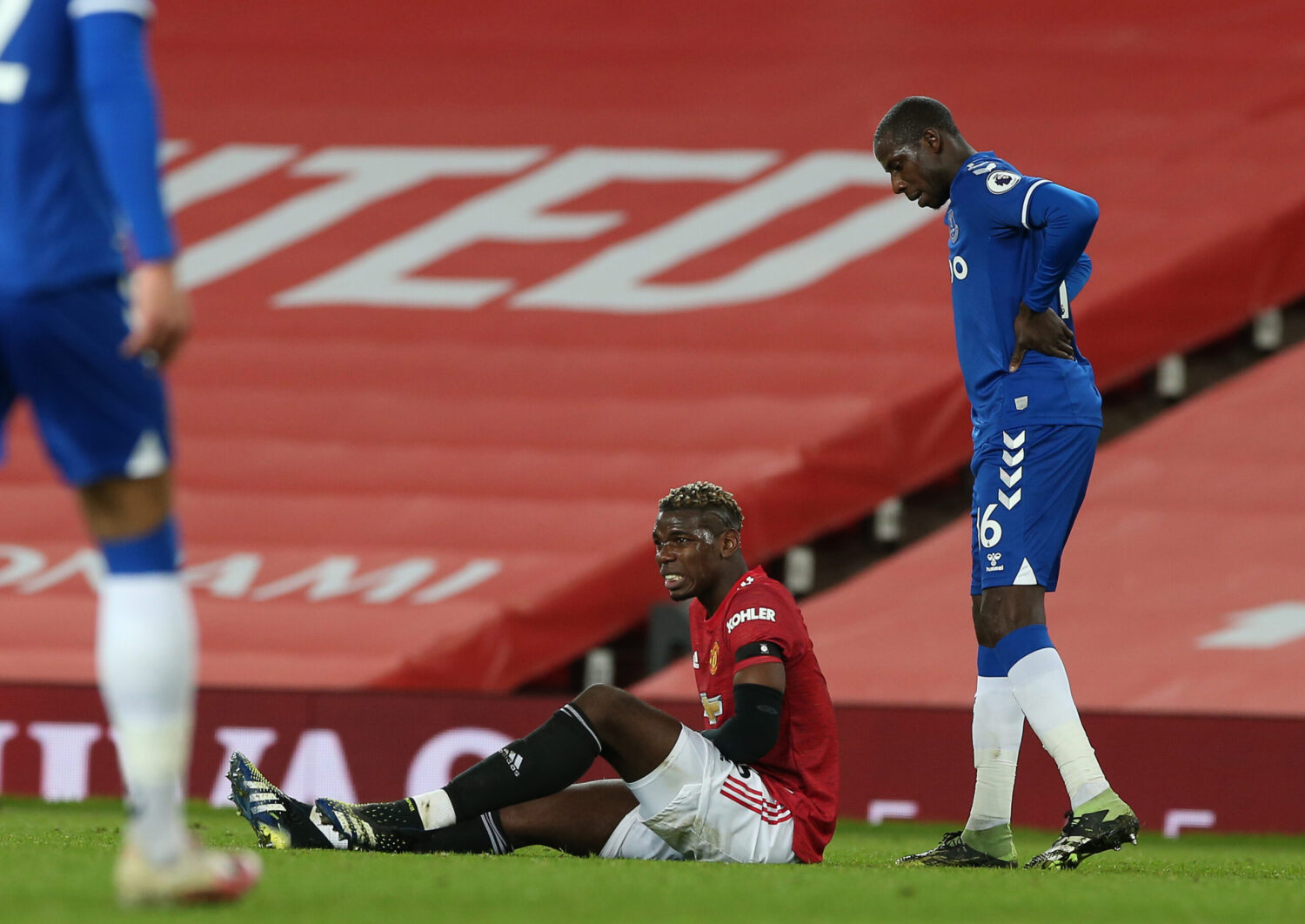 Manchester United suffered another difficult result in the Premier League over the weekend, made worse by losing the in-form Paul Pogba early on to injury against Everton.

Despite impressing on the attacking front, United were pegged back twice against Everton who salvaged a 3-3 draw thanks to a 95th minute equaliser from Dominic Calvert-Lewin.

It wasn’t just a costly result in terms of points though, as United will also be without Pogba for “a few weeks” after he left the field with a thigh injury in the 39th minute.

“It’s an injury that will take a few weeks to heal,” United manager Ole Gunnar Solskjaer told MUTV. “He’s just started his recovery, working with the medical staff and we’ll get him back as soon and as safely as we can.

“Of course, Paul has been very important for us and we’re not going to take any risks. [He’s out for] a few weeks, definitely.

“You never want to be injured and, especially, now Paul was really finding his form and enjoying his football. For us, we just have to take as many points and wins as possible, when you lose players.

“We’ve been very healthy and strong for a long period so we can’t moan too much.”

?️ "We should have been out of sight."

What games will Pogba miss?

The news will come as a huge blow given the midfielder’s recent form. Pogba, who was voted United’s January Player of the Month, now looks set to miss a number of key fixtures including his side’s FA Cup fifth round game against West Ham and Premier League matches against West Brom and Newcastle.

The 27-year-old will also be unavailable for the club’s Europa League round-of-32 ties with Real Sociedad.

There is hope however, that the Frenchman could return for United’s trip to Chelsea on February 28.