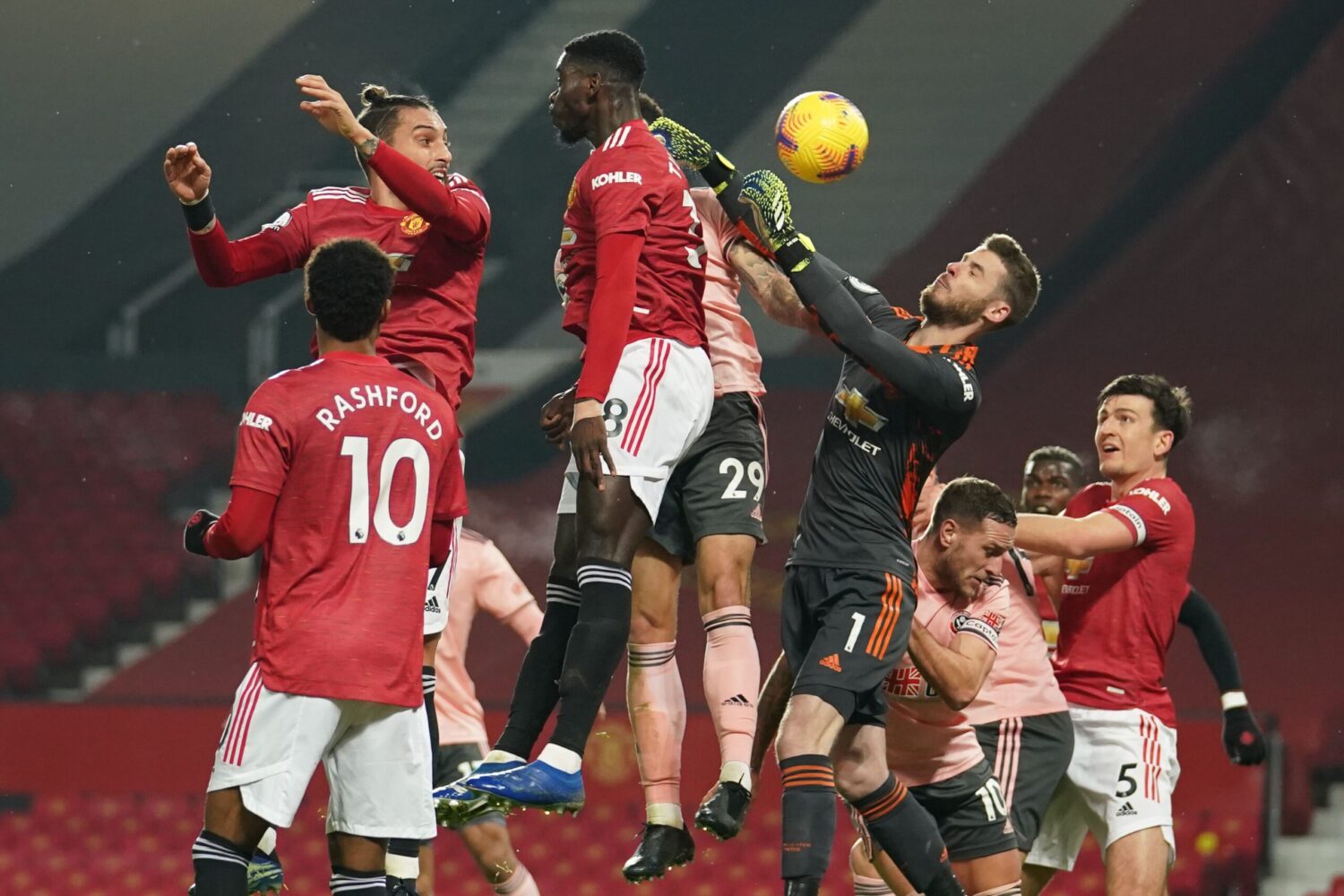 The Blades put in a resilient performance, picking up three desperately-needed points and derailing United’s title charge in the process.

There were two moments of controversy in the match. The first came when Kean Bryan headed home from a corner to open the scoring. Replays showed that David de Gea had been pushed by Billy Sharp as the ball came in, leading to complaints among United players.

The second came when Anthony Martial had an equaliser on the half-hour mark disallowed, after Harry Maguire was judged to have fouled Aaron Ramsdale.

Speaking to the media today, Ole Gunnar Solskjaer has revealed that the official match delegate’s report confirmed that both of those costly decisions, were wrong.

“I don’t like to bring these up – the momentum shifted for us with the Sheffield United game, of course it did,” Solskjaer said. “But I’ve got the delegate’s report from the referee and the two decisions were wrong. They’ve admitted their goal should have been disallowed and our goal should have stood.

“We’ve got to focus on this game and I’m sure the results and performances will come.”

Following two disappointing performances, United will be hoping to bounce back against Southampton on Tuesday night. That game, along with the rest of this week’s mid-week fixtures are available to watch on BT Sports’ monthly pass.