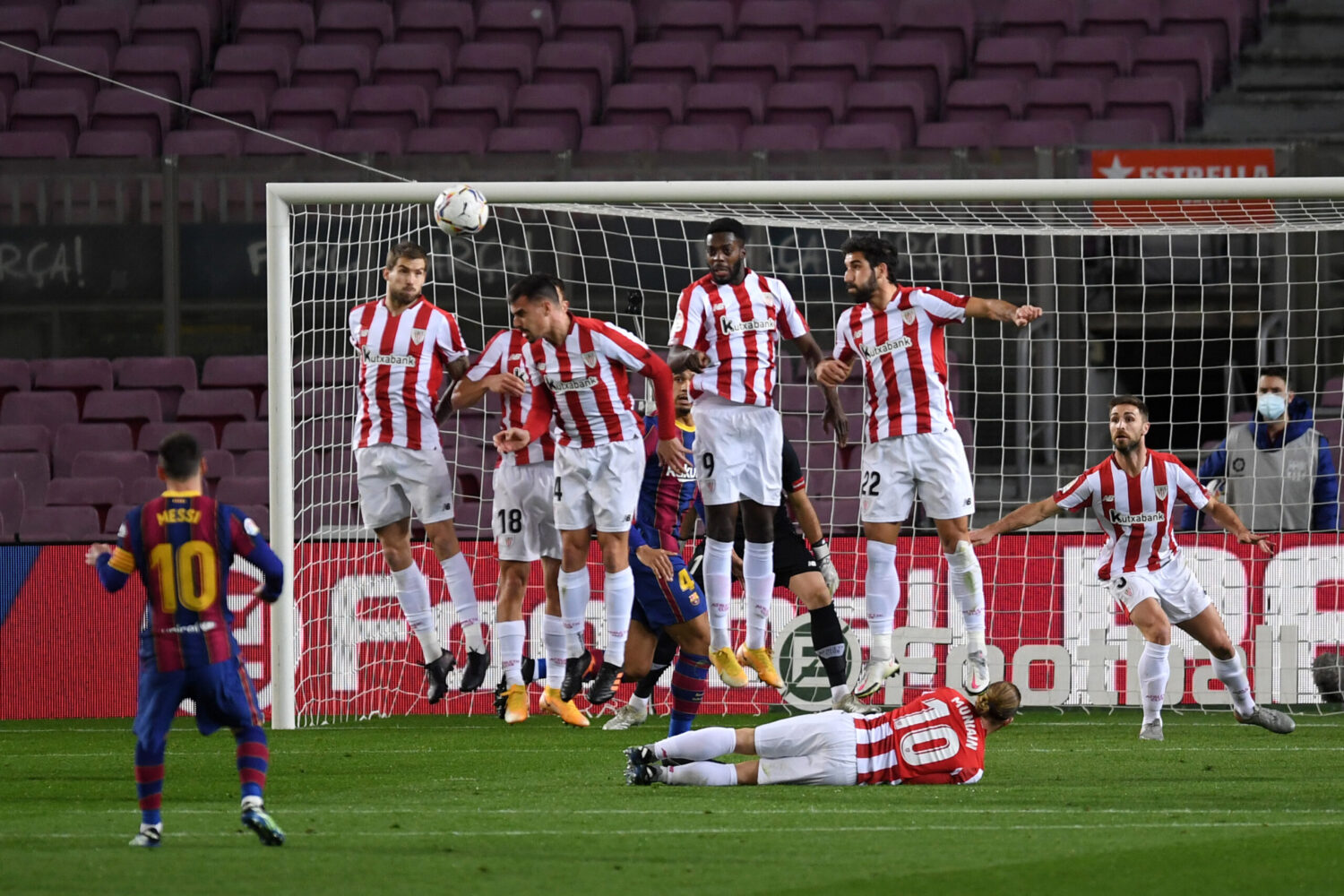 Lionel Messi offered everyone a stunning reminder of the ridiculous things that he’s capable of in Barcelona’s 2-1 victory over Athletic Bilbao.

Teeing up the ball 25-yards from goal, it became quickly apparent that no matter what Bilbao’s defenders tried, goal number 650 of the Argentine’s staggering career was inevitable.

Bilbao centre back, Yeray even employs the tried and tested ‘run back to the line at the last minute’ technique that is a regular method used on Fifa Pro Clubs. His sneaky piece of backtracking proved pointless though, as Messi’s free-kick bends perfectly into the top corner out of his reach.

MAJESTIC free kick from Lionel Messi for his 650th goal! ?

Worth every penny, right? ?? pic.twitter.com/8ck8D1eOyY

Messi’s effort adds to this frankly insane goalscoring record from dead-ball situations, with 21 successfully converted in the last five seasons, eclipsing both Aleksandar Kolarov and James Ward-Prowse who sit in joint second with just eight.

This Messi stat is wild ? pic.twitter.com/zHPUzqu9Cb

The win takes Barca above Real Madrid in the league on goal difference, notching up eight wins and two draws over their last ten La Liga games. However Atletico Madrid still lead the way by a sizeable ten-point gap with a game in-hand .

The game marked a welcome break from more controversy behind the scenes at the Nou Camp, as the club threatened legal action after Spanish newspaper El Mundo, shared details of Messi’s contract.

Have you signed up to our brand new newsletter yet? Anyone who does will be entered into a draw to win a signed Lionel Messi shirt. Interested? Sign up here.