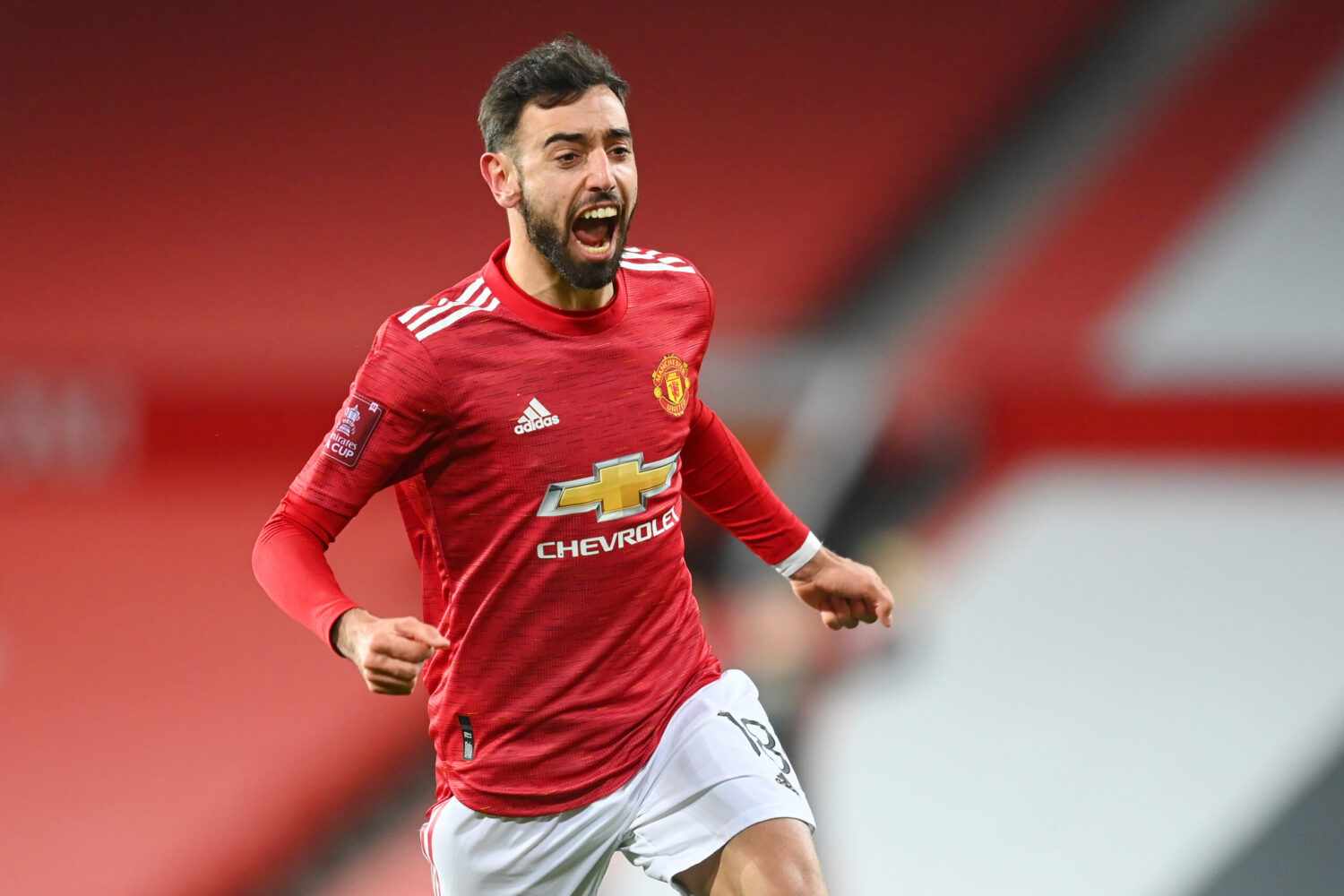 When Bruno Fernandes finally put pen to paper this time last year, it brought to a close one of the most drawn-out transfer sagas in United’s recent history.

It was no secret that the club wanted Bruno the summer before and given the numbers he was racking up in a Sporting Lisbon shirt, it was easy to see why.

Despite that, the question still loomed over whether the midfielder could replicate those kinds of numbers in what is notoriously the toughest league in the world.

United’s new number 18 didn’t waste any time in making a mockery of those concerns though, being named Man of the Match after being a rare high-point in an otherwise dull 0-0 draw with Wolves.

Following that, a season that seemed doomed to be another spent dawdling in mid-table obscurity, was almost single-handedly salvaged by this new talisman. Just four points above 14th placed Newcastle, Champions League football was nothing more than a pipe dream for a club still lacking any real identity.

Six months later they’d secured third spot, Champions League footabll, and perhaps more importantly, something that felt like a foundation to finally build on after a number of bleak, uninspiring years at Old Trafford.

Before his arrival, there was a clear and often painful absence of creativity. The side were averaging just 1.5 goals per Premier League game. That number shot up to 2.7 in the fourteen league games that followed.

Those numbers have showed no signs of slowing either, the constant bombardment of statistics; more goal involvements than anyone else in the league since last year, the first player to win four Player of the Month awards in a calendar year…There’s something new every week – they almost gloss over the impact he’s had on this United team as a whole.

Fast-forward to this season and United are very much in a top-of-the-table battle. Defeat to Sheffield offered a stark reminder that the club still has its fragilities, and are by no means back to their best – but for the first time, it feels like there’s some form of belief among fans, even if it is tinged with huge caution.

Ole Gunnar Solskjaer deserves huge credit for that. Even the sternest of the “Ole Out Brigade” will have trouble pretending that isn’t the case anymore. However there’s also no denying that Bruno has been the man to weather tough periods for the United legend.

Away from all the ridiculous stats, it’s that which has adhered him to fans more than anything else. Throughout the drab years that have made up the hangover since Sir Alex’s departure, a distinct lack of fight has been the biggest complaint towards the club.

One of the best things we can say about Fernandes is that he comes across as an extremely miserable b*stard on the pitch – and we mean that in the most complimentary way possible. This is a team that has needed that edge, someone who holds himself to the impossibly high standards that were instilled in the Ferguson era, and more importantly, someone not afraid to hold others to them either.

“He’s the closest we’ve had to Paul Scholes for years in terms of technique, how he finds pockets of space and his willingness to get a shot off. He gives the side greater balance and threat.” He said.

Fernandes has repeatedly stressed that anything less than silverware isn’t good enough at the club. With the side in the Europa League, the FA Cup and finally competing with City at the top of the Premier League, could the return of trophies finally be back on the horizon?