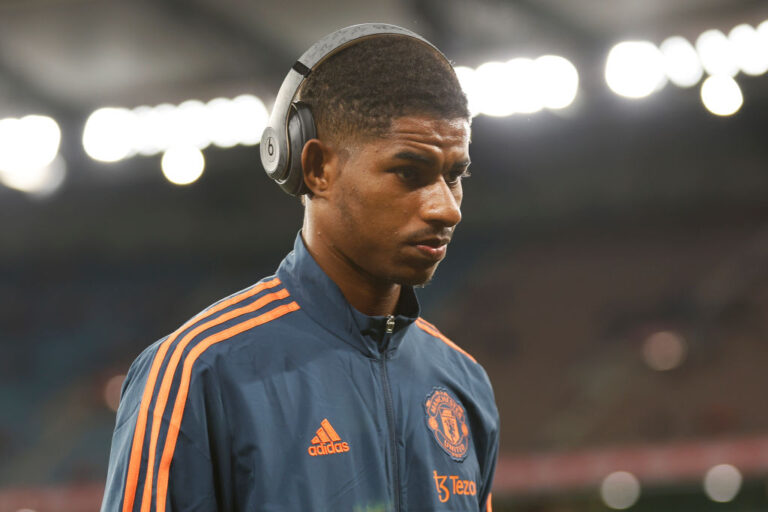 Manchester United forward Marcus Rashford has shared which club he dislikes the most and why he hates them.

Marcus Rashford is a Mancunian. He rose through the ranks at Man United, coming through their academy system.

The 24-year-old has played in some huge matches for the Reds against some tough opponents.

Of course, as one of the biggest clubs in the world, Man United have a host of different rivals.

Some of these are due to the location. Liverpool, Leeds and Man City all have fierce clashes with United which go back generations due to their geographical position in the UK.

Man United also have rivalries which have been borne out of competition. Chelsea and Arsenal come to mind when considering such opposition.

In the early 00s, Arsenal and United were challenging for titles with one another, which led to a rivalry which featured many feisty clashes, flying tackles and spats between Arsene Wenger and Sir Alex Ferguson.

Chelsea’s rivalry with the Reds is similar to Arsenal’s, with Jose Mourinho’s Chelsea establishing themselves as a thorn in the side of Ferguson’s Reds during the late 2000s.

Even in Europe, United have big rivals. The Reds have taken on Barcelona in the Champions League on numerous occasions while Bayern Munich also have a history with the Old Trafford club.

Rashford shares his most hated club

Rashford was asked which club he hates in an interview with Uninterrupted.

He said: “Yeah Liverpool. I don’t like Liverpool. City. Liverpool have history so it’s a bit more bitter. But with City it’s like you don’t like them but you don’t have a massive reason not to like them.”

Many Man United fans despise Liverpool more than Man City. Historically, United were challenging Liverpool at the top of the first division when City were struggling.

It’s only really been since their injection of wealth that City have emerged as competitive rivals. In the past, their rivalry was based around local bragging rights, but now Pep Guardiola’s side are also challengers for trophies.