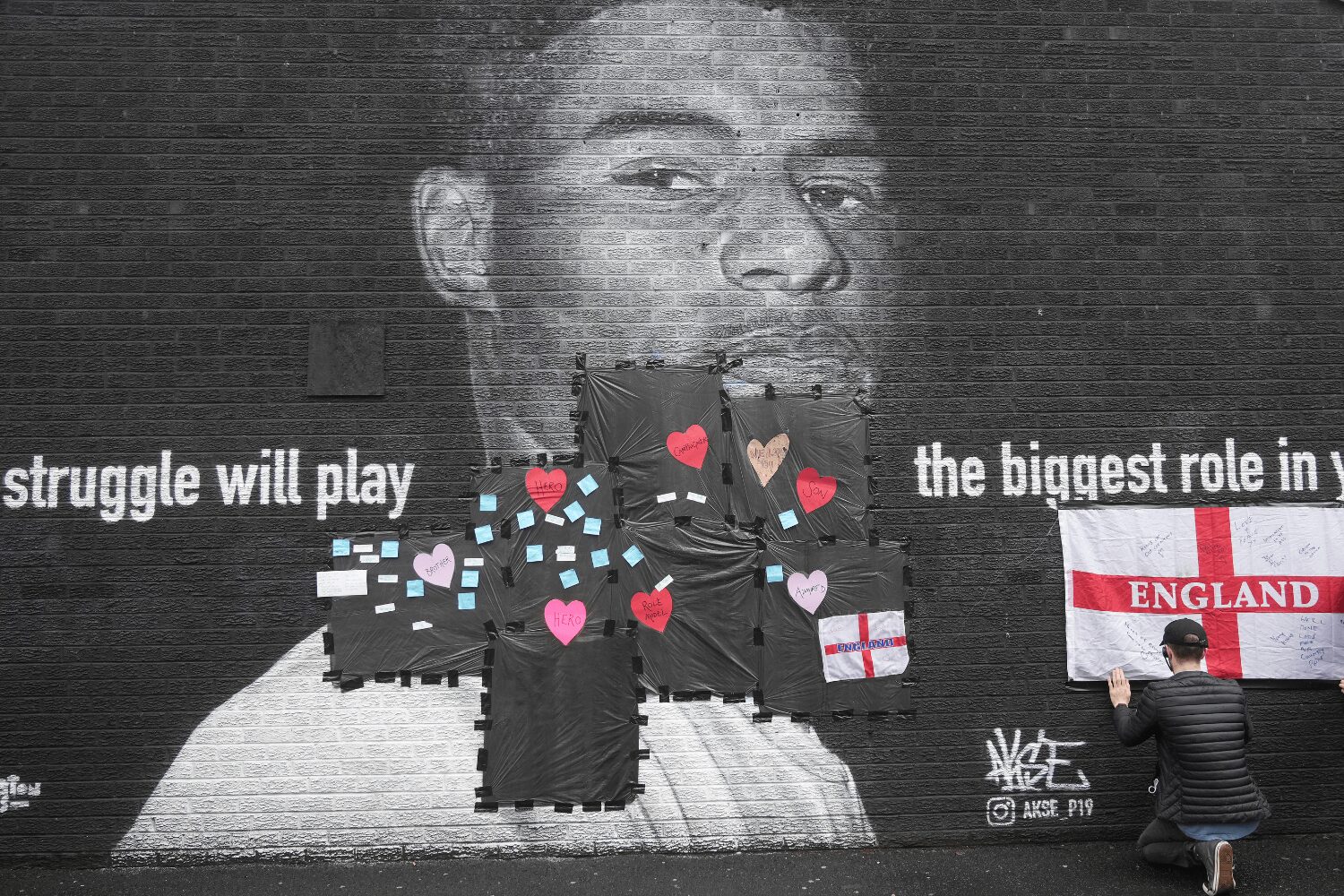 A mural of England‘s Marcus Rashford in Manchester has been defaced after England lost the Euro 2020 final to Italy on penalties.

Greater Manchester Police said it had received a report of racially aggravated damage at 2:50am.

The mural was defaced with swear words, as well as the word ‘Saka’.

In the penalty shootout, Rashford hit the post, whilst Jadon Sancho and Bukayo Saka had their penalties saved by Gianluigi Donnarumma.

The mural was commissioned in recognition of Rashford’s work in tackling child poverty.

MPs had previously voted against continuing the free school meals scheme through the Christmas holidays and into Easter 2021.

But, after Rashford’s significant intervention and campaigning, the Government changed their plans and announced that the scheme would continue.

The Manchester United forward was later appointed an MBE as part of the 2020 Birthday Honours.

A GMP statement read: “At around 2.50am this morning (Monday 12 July 2021), police were called to reports of the racially aggravated damage of a mural on Copson Street in Withington.

“No arrests have been made and enquiries are ongoing.

“GMP will be working alongside Manchester City Council and the artist to ensure this graffiti is removed and the mural is repaired as soon as possible.”

Chief Superintendent Paul Savill said the defacing was “disgraceful behaviour and will absolutely not be tolerated”.

He added: “It’s beyond belief that somebody would do that, given what Marcus Rashford has done not just for this city region, but for the whole country.”

Since the defacing of Rashford’s mural occurred in the early hours of the morning, several residents have arrived to post supportive messages.

One woman was pictured placing hearts and slogans on the mural.

The FA has said that it is “appalled” by the racist abuse that Rashford, Sancho and Saka have received on social media since the penalty shootout.

They said in a statement: “The FA strongly condemns all forms of discrimination and is appalled by the online racism that has been aimed at some of our England players on social media.

“We could not be clearer that anyone behind such disgusting behaviour is not welcome in following the team.

“We will do all we can to support the players affected while urging the toughest punishments possible for anyone responsible.”