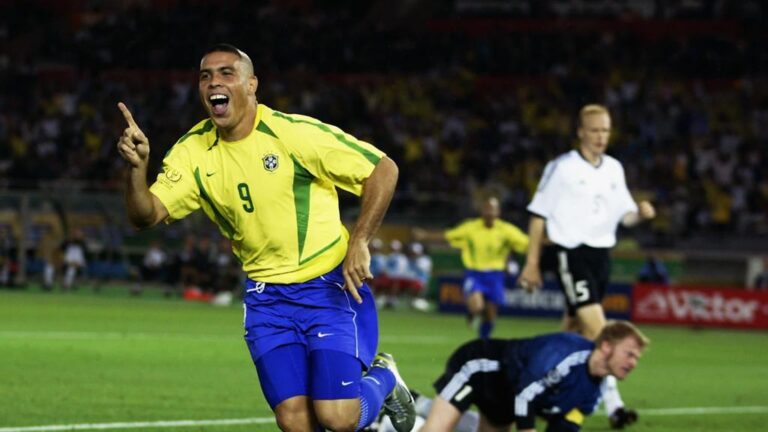 Ex-Manchester City midfielder, Stephen Ireland, has claimed that former gaffer, Mark Hughes, turned down the chance of giving Ronaldo and Thiago Silva a trial at the Etihad.

Back in 2008, ‘The Cityzens’ had just started their ascent up the footballing ladder, with their wealthy owners keen to splash the cash. They departed with a record-breaking £32.5 million to secure the services of Robinho in what essentially revealed their plans to dominate world football. And while the Brazilian didn’t quite reach the heights expected, he did make what could’ve been an invaluable suggestion.

The striker pitched the idea of the legendary ‘El Fenomeno’ teaming up him in an all-Brazilian strike partnership, and Silva joining Kompany at the back. But the manager was supposedly uninterested.

Read: Erling Haaland has a cousin who’s just as dangerous as he is (sporf.com)

Why did Mark Hughes not want Ronaldo and Thiago Silva at Manchester City?

As per The Daily Star, Ireland told Ladbrokes Fanzone: “I can remember when he came in, after a couple of days he told Mark Hughes to sign Ronaldo, who was a free agent at the time, and he also told him to sign Thiago Silva, because he was available for £2.5m.

“I think he was playing in Brazil at the time and would’ve been around 23. Mark Hughes said no, he said we had too many Brazilians in the team, with Elano and Jo playing for us.

“I remember when Robinho was talking about it, I was just walking around the training complex just saying to anyone who’d listen, ‘imagine what it would be like if Ronaldo comes here? Imagine?’ He must’ve been up for it himself because otherwise, I don’t think Robinho would’ve asked the question to Mark.”

He continued: “When Mark went back to him and said no, Robinho said, ‘right, bring them both in on trial. Bring them in for two weeks, they can come and stay with me, just give them two weeks. We’re talking about Ronaldo and Thiago Silva’… and Mark Hughes said no again!

“I just wanted to see Ronaldo in the flesh… and even Thiago Silva; imagine if he’d have signed for City? You’d have had him and Vincent Kompany at the back, could you imagine that?”

Granted, the Brazilian great was undeniably in the twilight of his career. However, the decision to avoid signing Silva is puzzling, to say the least.