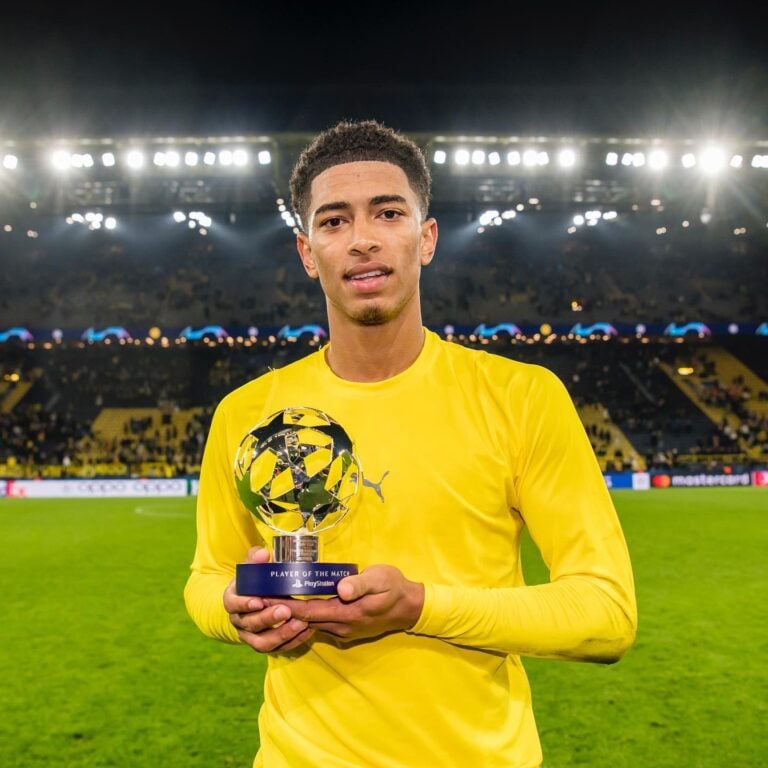 Erik ten Hag is preparing a £100 million offer to try and bring Jude Bellingham to Manchester United in the summer.

Back in 2019, ‘The Red Devils’ pulled out all the stops to try and bring the youngster to Old Trafford. They even got Sir Alex Ferguson to give the 19-year-old a personal tour of the training ground. Alas, they failed to secure his services and had to resign themselves to watching his supreme performances from their television screens. But now, they’re back for another bite of the cherry.

Throughout his time at Borrusia Dortmund, the England international has cemented his place among the best prospects in football. Despite his limited experience, Bellingham plays with the confidence of a seasoned veteran. His pace and composure on the ball has blown fans at the Signal Iduna Park away. And it’s clear, he’s got plenty left to come.

Therefore, it’s no surprise that the United gaffer is planning his move.

In order to finally bring the wonder kid to the Theatre of Dreams, United will need to qualify for the Champions League. Bellingham has looked terrific in the competition, scoring in a 2-1 defeat to Manchester City as part of his over tally of eight goals this season.

According to The Mirror, Ten Hag and John Murtough have made the player their number one target for the summer. And while the Manchester side will have to fend off serious competition from a plethora of Europe’s best clubs, they’re confident in getting the deal done.

Since the Dutchman’s arrival at the club, United have invested heavily in bringing in new talent. Earlier this year, they signed the likes of Casemiro, Antony and Lisandro Martinez. And if they can bolster their back line with Bellingham, they may find themselves competing for the Premier League title once again.