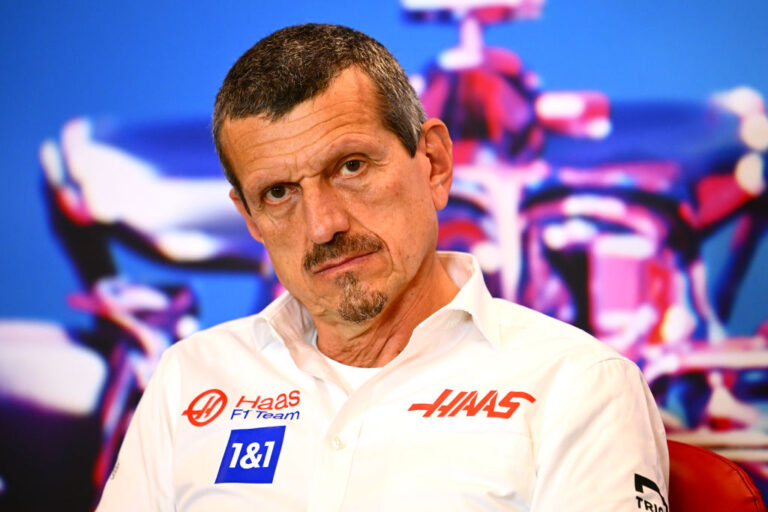 Reports suggest that the battle for the last 2023 F1 seat at Haas will be between Mick Schumacher and Nico Hulkenberg.

With all other teams seemingly set for next year, Haas’ second slot alongside Kevin Magnussen is the sole spot available. This season, Mick Schumacher has had the drive – although his place is “50-50” for 2023, per Haas boss Guenther Steiner.

“For me, it’s not longer about one race, one lap,” said Steiner, via Sky Sports. “It’s about what’s best for the Haas team in the medium to long term. It’s about who leads the team stably into the future.”

Despite scoring his first points in 2022, Mick Schumacher has struggled for consistency this year. He has also had some very expensive crashes throughout the season.

This ultimately may factor into Steiner’s upcoming decision. Haas recently confirmed that they will announce their 2023 line-up ahead of the season finale in Abu Dhabi.

“Mick has got some experience, obviously it’s his second year in F1,” added Steiner. “But is that enough to take the team forward? We need leadership from this position. And these are all things that I evaluate – that’s the most important thing.

“I need to look after the whole team and see if Mick is the chosen one. Then we will take the driver we want in the car and think we can go forward with development. So, if it’s Mick, it’s Mick – and if it’s somebody else, it’s someone else.”

When looking for leadership, Steiner has considered a very experienced candidate who could replace Mick Schumacher called Nico Hulkenberg.

In September, ESPN reported that Hulkenberg was a leading option for Haas in 2023, alongside Magnussen. However, these rumours cooled off as the season continued.

“I spoke to him [Hulkenberg],” confirmed the Haas boss, via Planet F1. “I’ve known him for a long time, better than I know Daniel [Ricciardo]. We’re talking, but nothing has been done yet.”

Similarly, Hulkenberg added on his side that some talks had taken place.

“So far, I can’t say anything specific,” the Aston Martin reserve driver told Servus TV (quotes via SI Fannation). “In the end, I don’t make the decision, either. But negotiations are ongoing, and I am relatively optimistic about the progress.

“You need to be patient with these decisions.”

With 181 Grand Prix starts, the German would be a hugely experienced driver to bring back to the grid.

But if Nico Hulkenberg joins Haas in 2023, he may have a frostier relationship than Mick Schumacher with his teammate. Kevin Magnussen and Hulkenberg have an interesting history together.

Back in 2017, when the German was at Renault and Magnussen at Haas, the pair clashed at the Hungarian GP.

Late on in the race, Magnussen received a five-second penalty after forcing Hulkenberg onto the grass whilst they battled.

Then, during post-race interviews, the two drivers had a sour verbal confrontation. Hulkenberg congratulated Magnussen for being “the most unsporting driver on the grid”. The Dane then responded with an expletive, four-word response – “suck my balls, mate”.

From this point on, the two racers likely did not see eye-to-eye.

But, in reflection of the event, K-Mag has regretted his memorable retort. Last year, he claimed the clash with Hulkenberg still “haunts” him, per F1i.

Given that this incident happened over five years ago, it will surely be water under the bridge if the pair become teammates at Haas.