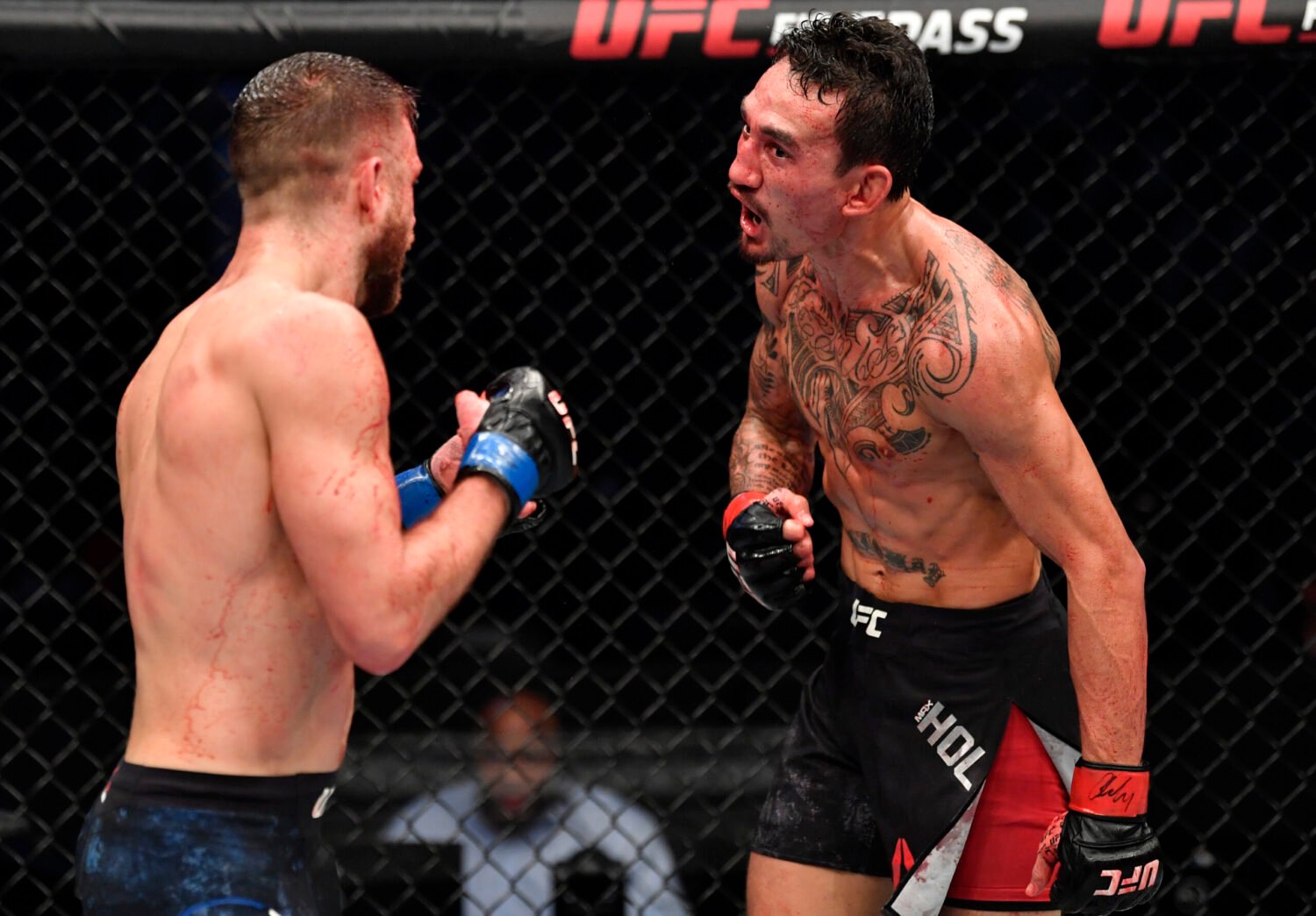 Over the weekend we saw the UFC get 2021 off to a blistering start, already giving us what will almost definitely be a fight of the year contender.

Max Holloway and Calvin Katter headlined the main event of the evening on Fight Island, and it did not disappoint.

Holloway coming off a controversial decision defeat to now-Featherweight Champion Alexander Volkanovski headed into the matchup with a point to prove, and boy did he prove it.

The pair had been comparing their boxing prowess in the build up to the fight with Katter believing his skills were ‘Senior’ to Holloway’s ‘Freshman’ boxing ability.

Holloway’s relentless approach during the fight reminded us all just why he’s one of the the UFC’s most popular names, and the American looked back to his brilliant best with lethal elbows that backed up his showboating on the night.

Max Holloway shouting "I'm the best boxer in the UFC" at the commentary desk while slipping punches is one of the baddest things to ever happen in the UFC.pic.twitter.com/2uTeaVkkzt

Katter showed glimpses of why he was facing the number one ranked Featherweight, but simply couldn’t deal with the onslaught handed out by his opponent.

Holloway came out of top after the bout somehow went the distance, comfortably taking it on the scorecards and kickstarting the year in extremely impressive style.

After the fight ‘Blessed’ said he was sticking around on Fight Island just in case Dana White needed someone to fill in for Saturday’s mega fight between Connor McGregor and Dustin Poirier.

Holloway now looks in line to try and reclaim the featherweight title after a dominant return to the Octagon. Will it be repeat or revenge when his chance comes around?

With Conor McGregor set to make his octagon return this weekend, it could be some start to the year for the promotion.