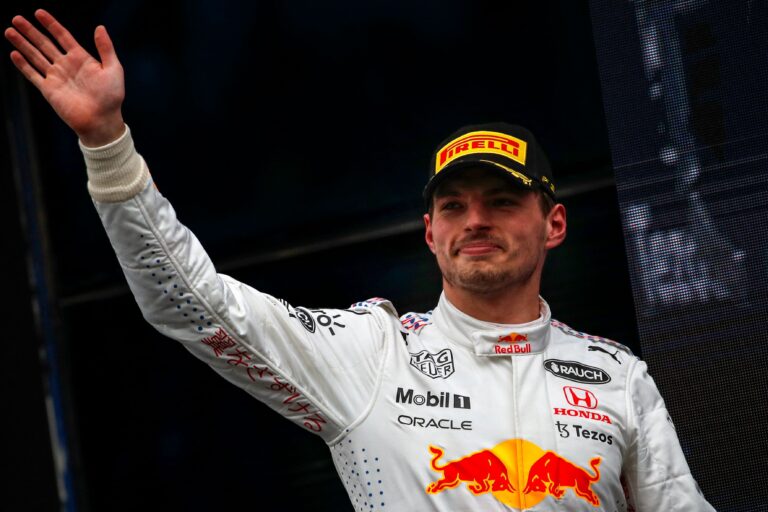 Red Bull‘s Max Verstappen has been voted as the most popular current Formula 1 driver in a global fan survey.

The survey was conducted by Nielsen and Motorsport Network, with the results posted on F1’s official website.

A total of 167,302 respondents took part in what was described as “the sport’s biggest-ever survey”.

Verstappen was on top of the driver vote, with 14.4% of all votes. Behind him in second was Lando Norris with 13.7%. Lewis Hamilton was voted as the most popular driver in the United Kingdom, and third overall.

F1 say that the word “exciting” is the number one brand attribute for the sport, and the phrases “exciting racing”, “the best drivers” and “close competition” were also popular.

Formula 1 CEO Stefano Domenicali said: “The results of the survey show we are doing the right things and we will continue to be focused on creating excitement and entertainment on and off the track which is what all our fans want. We are hugely excited about our future, and we know our fans are too.”

What are the current F1 championship standings?

With six races to go in the current 2021 F1 season, Verstappen leads the Drivers’ Championship by six points ahead of Hamilton.

The Dutchman finished second in the Turkish Grand Prix earlier this month to reclaim the championship lead, with Hamilton finishing fifth. The Brit qualified in first place for the race, but had to work his way back through the field after taking a 10-place grid penalty due to an engine change.

F1 returns this weekend with the running of the United States Grand Prix from Austin, Texas. Qualifying will take place on Saturday at 10pm UK time, with the race starting two hours earlier at 8pm UK time on Sunday.