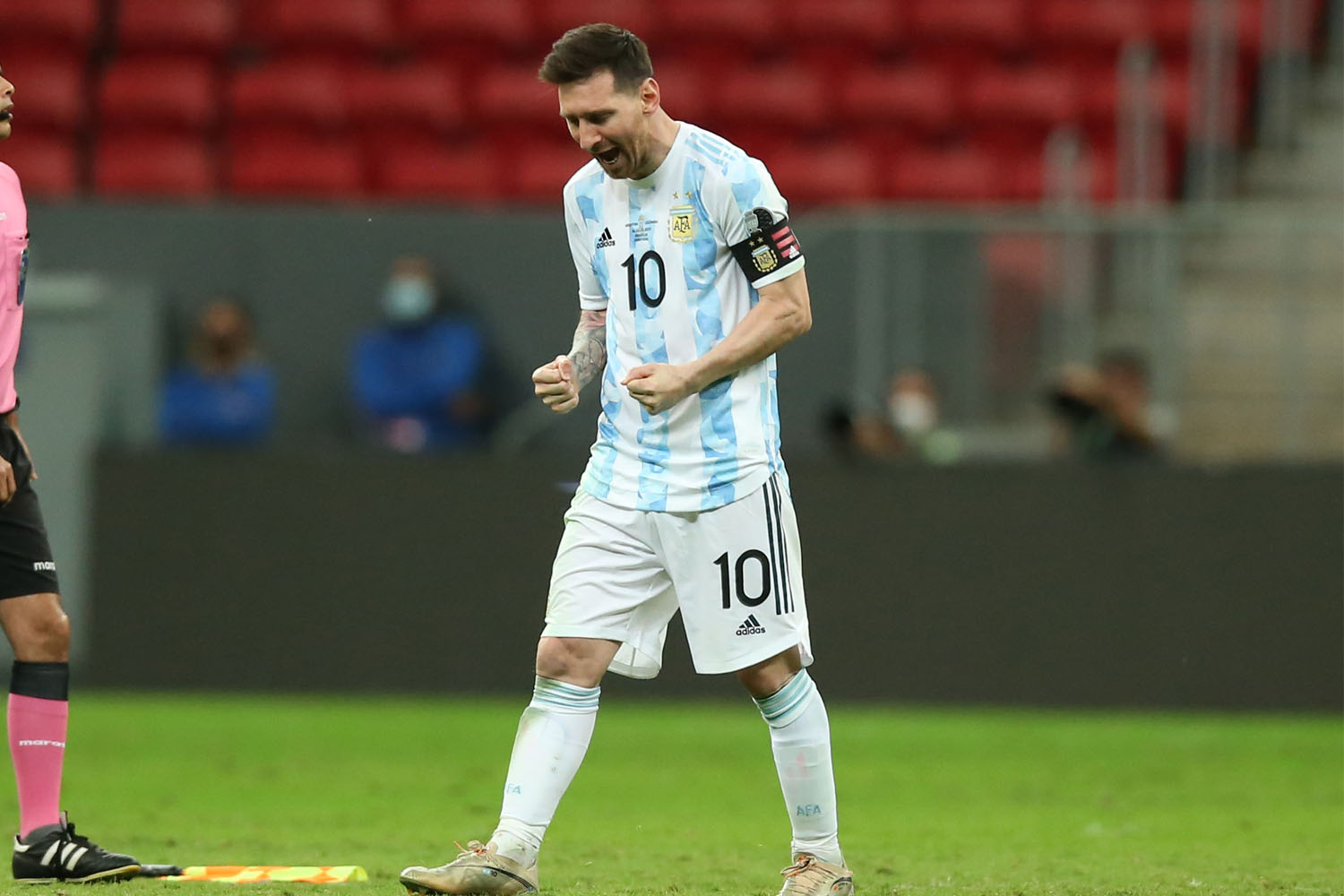 Lionel Messi has paid a mark of respect to the late Diego Maradona by dedicating Argentina’s Copa America win to the former star as well as his home nation.

Messi won his first-ever international trophy after his national side beat Brazil 1-0 in the final.

And in a heartfelt Instagram post, the 34-year-old global superstar said it was dedicated to Maradona and Argentina.

“I want to dedicate this success to my family, who have always given me the strength to continue, to my friends whom I love so much, to all the people who support us and above all to 45 million Argentinians who have suffered so with this dreadful virus,” Messi wrote on Instagram.

Argentina is fast approaching 100,000 Covid-19 deaths. Weeks before the start of the tournament, Buenos Aires refused to co-stage the event with Colombia because of the virus.

The only issue if the finanical state of side.

What’s more concerning is that Spanish league rules limit each club’s spending to only a percentage of club revenue. And so far, representatives have said they will not bend this in favour of Barca and Messi.

The piece states: “In short, if Barcelona cannot cut 200 million euros, or about $240 million, from its wage bill this summer — an almost impossibly large sum in a soccer economy cratered by the pandemic — it will not be allowed to register any new players, including Messi, for next season.”

So far Barcelona are even unable to register some of the new players, like Memphis Depay and Sergio Aguero, with the league.

The whole affair means Barcelona an in disaray in what will be a vital season in getting back to winning ways.