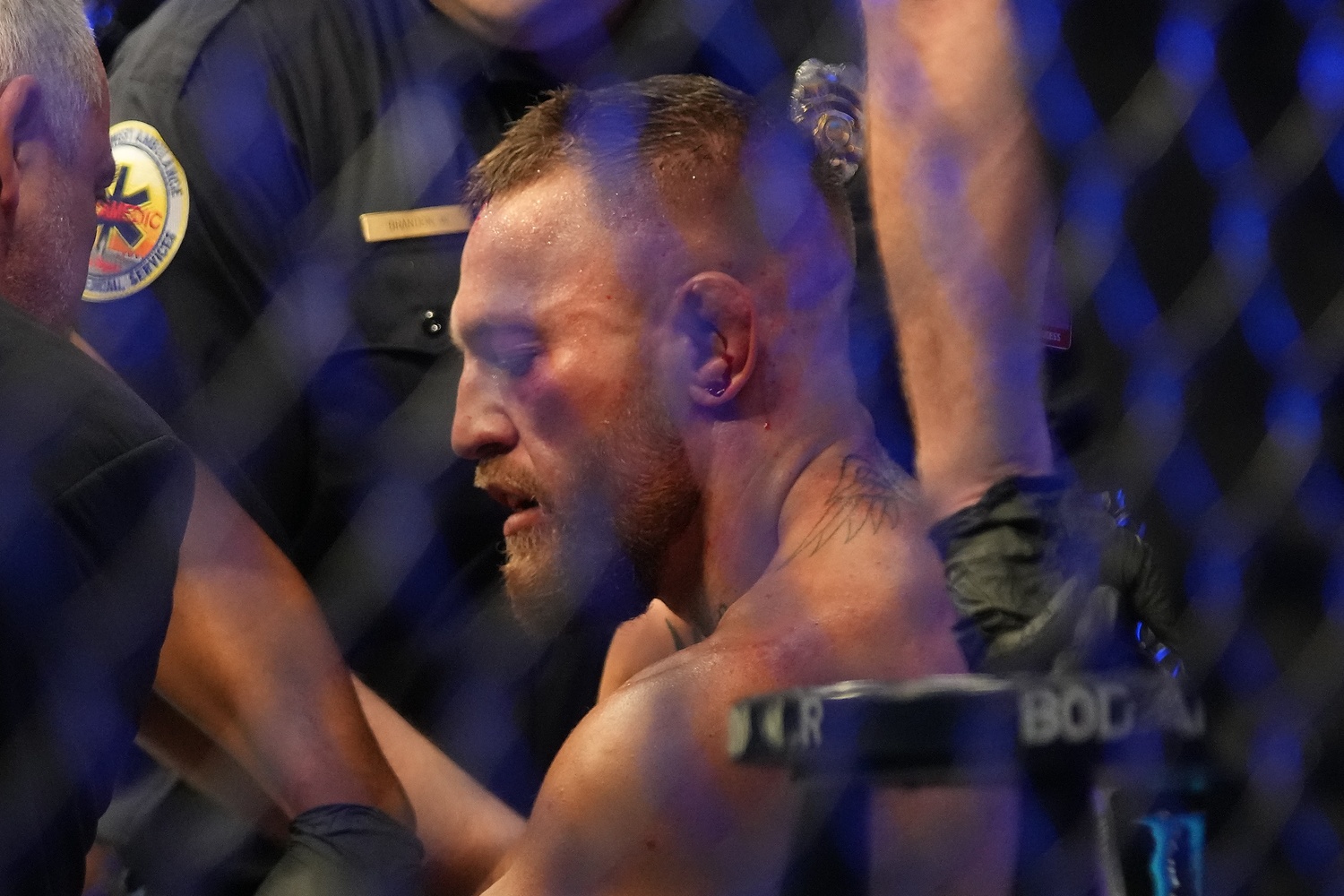 On Saturday night in Las Vegas, McGregor went to war with Dustin Poirier in their trilogy bout. While the win ultimately went to “The Diamond” as a result of a doctor stoppage, McGregor looked far sharper than he did back in January for the rematch – and he also seemed to be pretty determined in his pursuit of the victory.

Will McGregor get another shot at Poirier?

After a string of strong leg kicks, we saw Conor fall back and fracture his leg quite badly, rendering him unable to continue beyond the end of the first round. The bout was called off and from there as the Irishman proceeded to hurl numerous insults at Poirier with many believing a fourth instalment in their series could be imminent when McGregor gets back to full fitness.

On Instagram, “The Notorious” decided to update his fanbase on his condition in the wake of surgery.

“Just out of the surgery room, everything went to plan, everything went perfect and I’m feeling tremendous. We’ve got six weeks on a crutch now and then we begin to build back,” McGregor said.

“A clean break of the tibia and it was not to be. Dustin, you can celebrate that illegitimate win all you want but you’ve done nothing in there. That second round would have shown all.”

McGregor is now heading back on the road to recovery and, somehow, has more of an allure around him than he has done in a long time – which just goes to show us all what kind of influence he still holds over the sport of mixed martial arts.

As for Dustin Poirier, the Louisiana native is tipped to challenge Charles Oliveira for the UFC lightweight title towards the end of 2021.

Chandler responds to possibility of UFC creating a ‘McGregor belt’

Chandler responds to possibility of UFC creating a ‘McGregor belt’