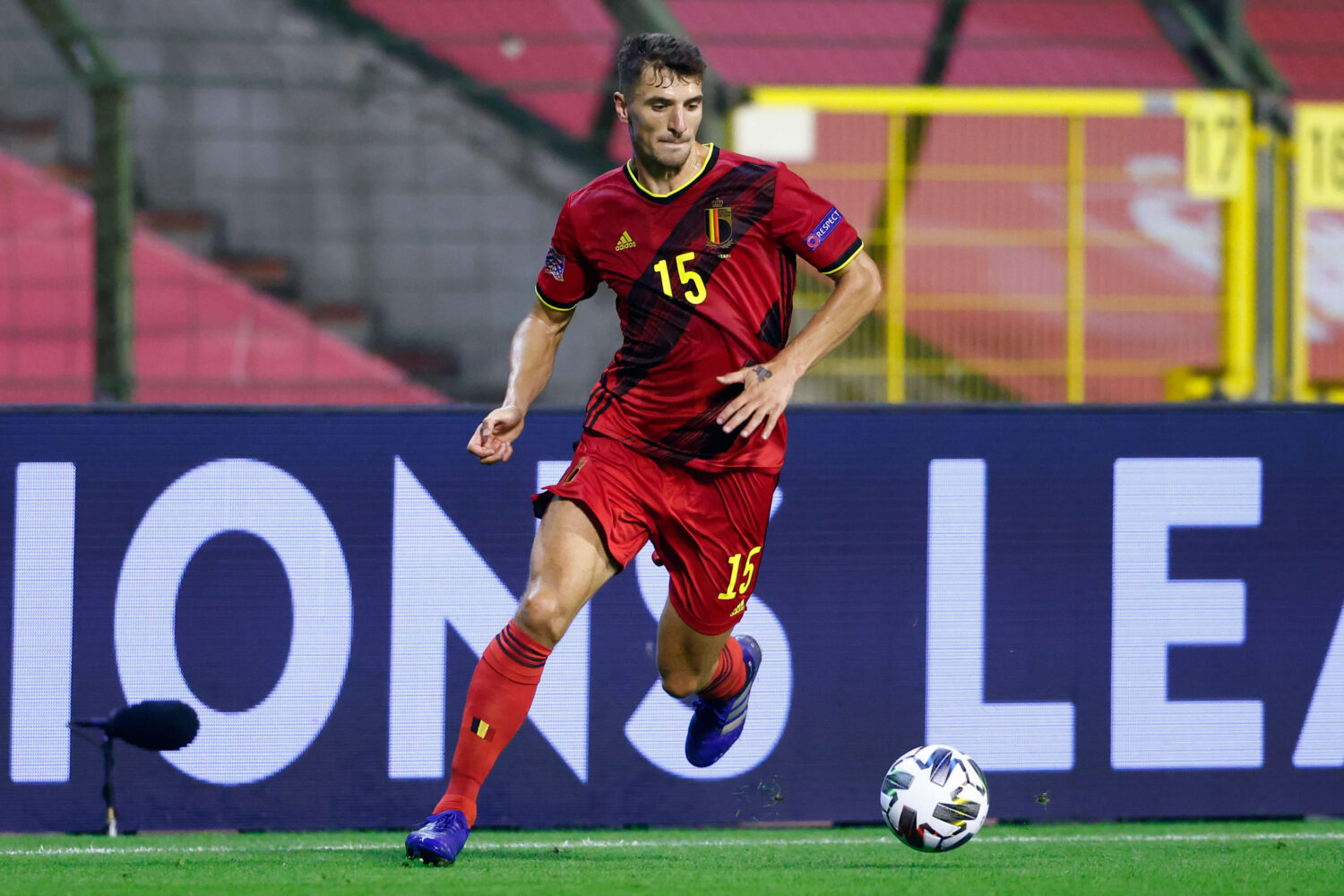 Meunier, at that point featuring for Paris Saint-Germain, had injured Real winger Eden Hazard during a Champions League clash between the two sides.

The teams played out a 2-2 draw, with PSG scoring two late goals to secure a point.

He said: “After the game, I’m in the hall and I see Florentino Perez. I shake his hand and say ‘Nice to meet you’.

Meunier then said he started laughing, before replying: “‘I hurt Eden Hazard? So it’s my fault he got hurt there?’

“I said, ‘It’s a duel like any other’. I didn’t expect him to speak French, I didn’t know. And he’s still the president of Madrid, you see?”

In an interview after the match, Meunier apologised for the tackle and said he had tried to contact Hazard.

The winger has since had a series of injuries that has kept him out of action for a large proportion of the last two seasons.

However, Hazard returned from his latest setback in March, and will lead Belgium into Euro 2020.

Meunier and Hazard could play alongside each other during their side’s first group stage game against Russia on June 12.

Roberto Martinez’s side then take on Denmark in Copenhagen on June 17, before concluding their group campaign against Finland on June 21.

Belgium go into Euro 2020 as the highest-ranked team in world football, having held the number spot continuously since September 2018.