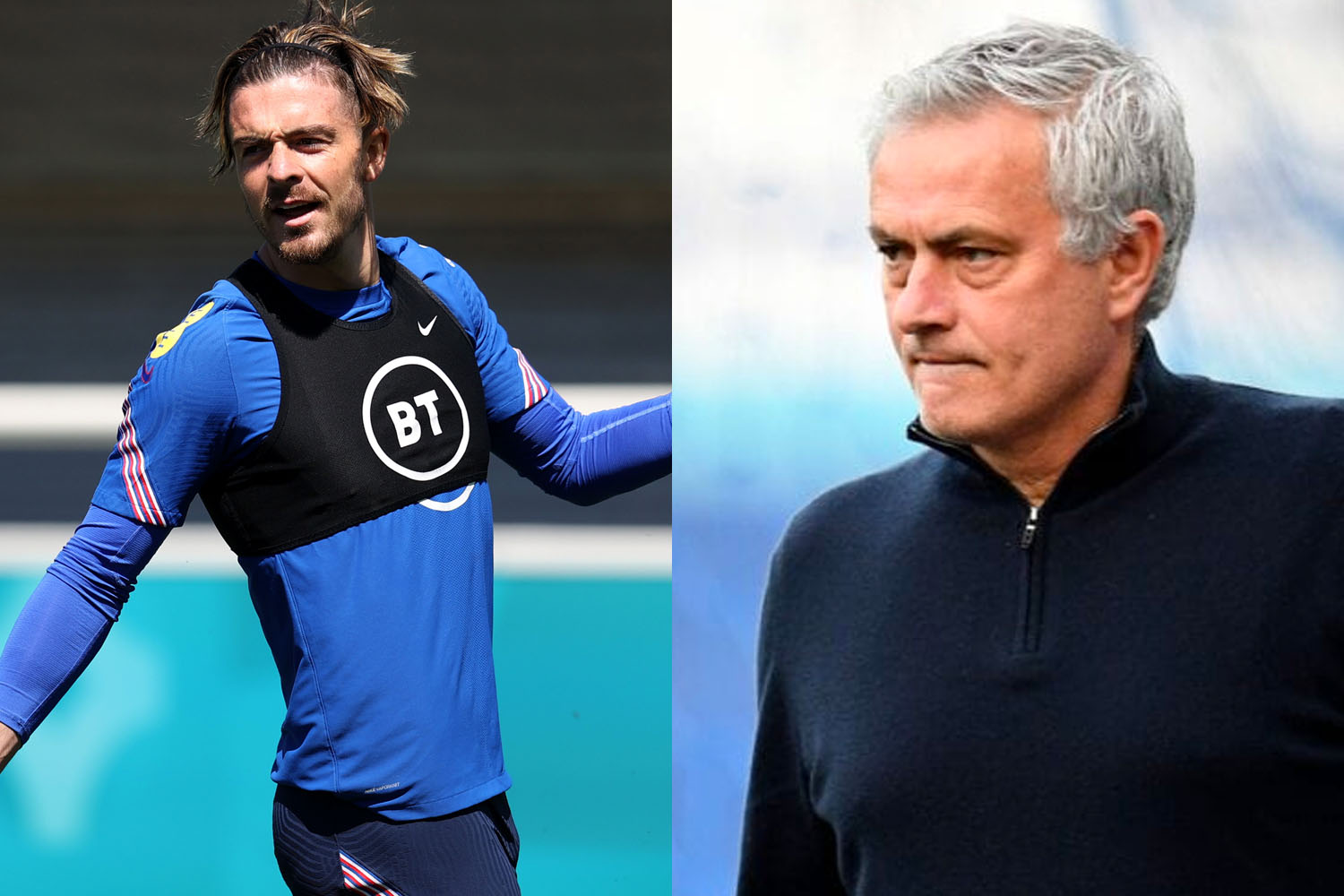 Jose Mourinho has weighed into the debate many will be having across the country; who should line up in England’s starting XI for their Euro 2020 opener against Croatia.

In doing so, he also heaped praise on Aston Villa talisman Jack Grealish. The midfielder has impressed during England’s warm-up games, despite only just making it back from injury for the close of the Premier League season.

Speaking to TalkSPORT, Mourinho called on Southgate to include Grealish in his first XI, comparing him to a legend of the game.

“Grealish for me is tremendous with what he creates, his personality, ‘give me the ball’, he reminds me of my [Luis] Figo,

“The way he gets the ball, the personality, the way he attacks people, gets fouls, gets penalties”

“He reminds me of my Figo. I had him at Inter and he was like: give me the ball!”

The soon-to-be Roma boss also made a big call in net, opting for Manchester United’s Dean Henderson over Jordan Pickford.

John Stones and Tyrone Mings formed his central defensive partnership, though that was based on Harry Maguire being absent through injury. Luke Shaw, who Mourinho infamously criticised during his time at United, was left out in favour of Ben Chilwell, despite his incredible season.

Declan Rice and Kalvin Phillips add solidity in the centre of the park, behind Phil Foden, Mason Mount and Grealish. No surprises that Harry Kane leads the line.