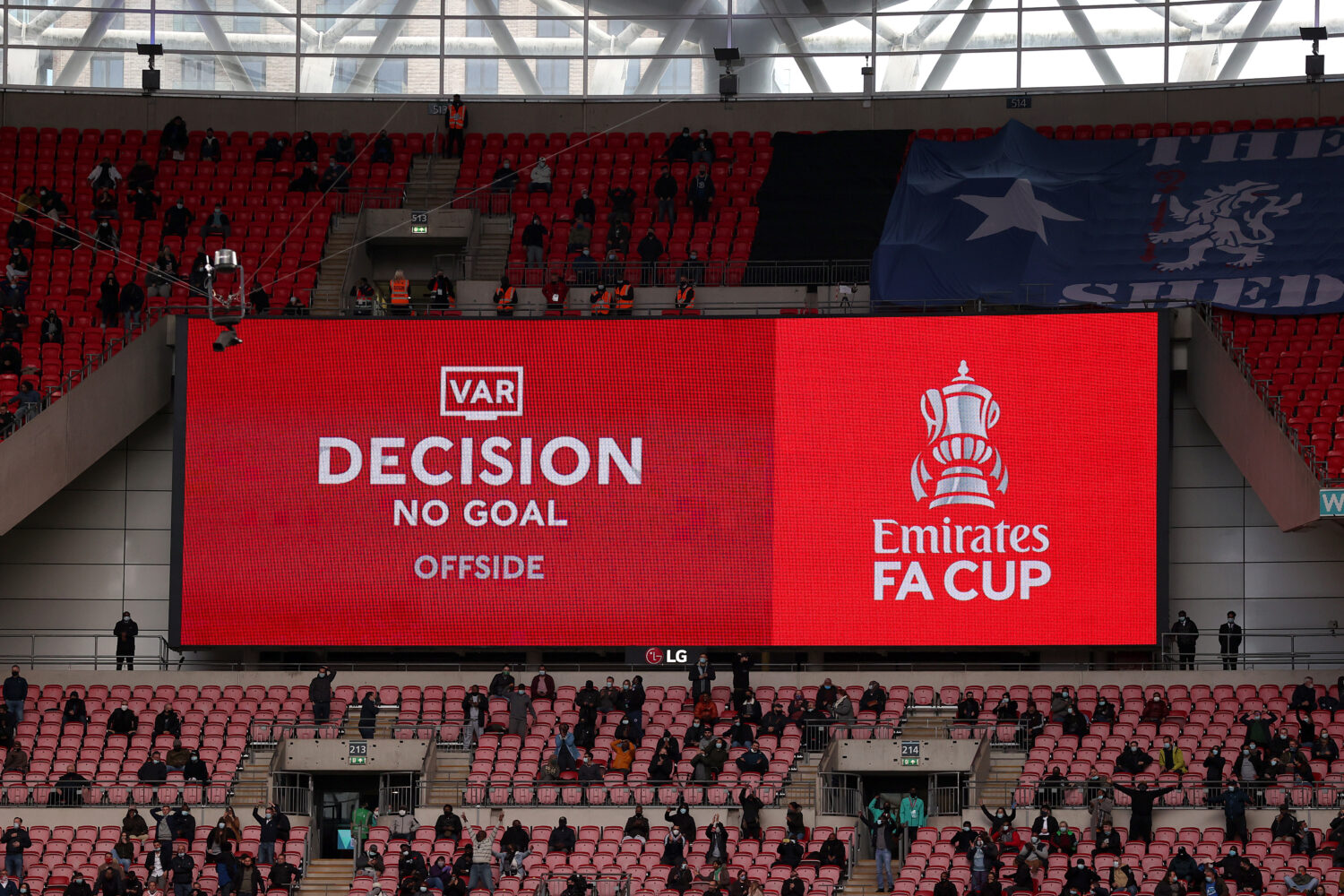 The Premier League is set to make big changes to the VAR offside lines from next season.

The thin-pixel lines are used to make judgments on tight offside calls. The current system has received criticism in cases where, for instance, players’ arms are the only body part offside.

That can create scenarios where offsides are decided by the tightest of margins, not visible to the naked eye.

The lines aren’t hugely popular with players. Tottenham Hotspur and England striker Harry Kane told The Overlap with Gary Neville that he would like to see the benefit of the doubt given to the attackers in those sorts of situations.

The Times have reported that the Premier League are set to bring in ‘thicker lines’, which will aim to give the benefit of the doubt back to the attacker.

UEFA have already adopted the system, whilst it is also used in the Dutch Eredivisie.

It is also said that the Premier League sides were informed of plans to introduce automated offside technology in the future. The thicker lines are to be used in the meantime.

VAR was introduced to the top flight of English football from the 2018/19 season, following a successful trial at the 2018 World Cup in Russia and in other major competitions.

The technology’s first act was to disallow a goal scored by Manchester City‘s Raheem Sterling against West Ham United, as a result of an offside infringement.

It continues to be used across world football, and has received mixed reviews from fans so far.