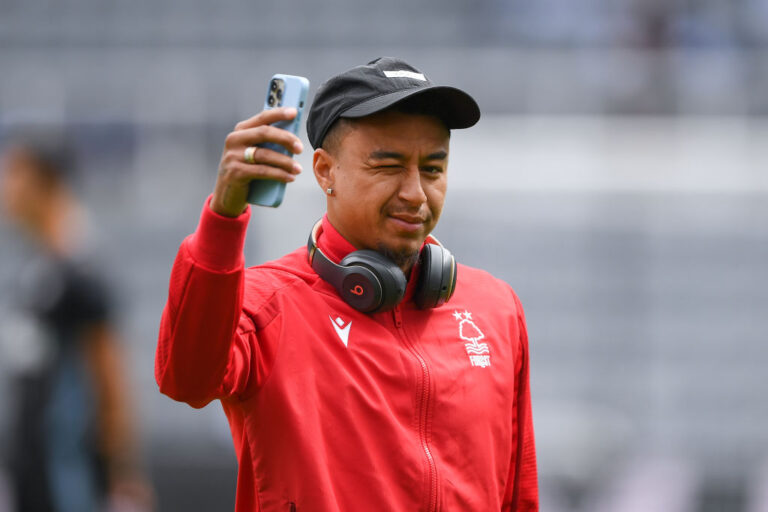 Jesse Lingard has received a lot of flak from pundits and fans in recent years for his social media activity, his videos on TikTok being among the most recent.

Some of this criticism seemed personal, with Lingard questioned for his choices off the football pitch rather than on it. A dazzling player on his day, Lingard has often been depicted as the personification of what’s wrong with modern footballers: active on social media and often using their platform to express their actual views.

The midfielder endured a tough time last term at Man United. Lingard played sporadically in the first half of the season and looked set to exit the club in January.

However, despite United refusing to sell the midfielder in the winter transfer window, Lingard’s minutes didn’t increase for the remainder of the campaign.

Having enjoyed a successful loan spell at West Ham the season prior, there were several suitors for Lingard when his contract expired in June.

Few of the interested parties could afford his high demands, but Nottingham Forest made him an offer he couldn’t refuse. Lingard opted to move to Nottingham for the start of the new season on a one-year contract.

Speaking to SPORF at a recent Sky Sports media day, Micah Richards shared his belief that the flak Lingard has received is unfair.

“I think now people say personalities [are important] because [the likes of] Jesse Lingard goes on TikTok,” he said. “I actually looked – and this is like a false narrative because people say all he does is go on TikTok. He’s literally only got like nine videos. Carragher’s got more! He literally has!

“And just because he’s blown up, it’s like, ‘he’s not concentrating on his football’, but that’s another point. I think any successful team needs big characters and personalities.”

Richards believes that Lingard is singled out when plenty of other players have similar social media presences.

“There are loads [of players]. It’s not just Lingard,” he maintained. “There was a list the other day of the top ten most abused players, and Cristiano Ronaldo was at the top. So even the great Ronaldo has to go through it as well, which is obviously a shame, but I think it’s tough because football has still not moved with the times. It’s still old-school views.

“I just think the whole Jesse Lingard slander is pathetic. Like people actually need to grow up. Grown men – actually grown people, mostly men – are going, ‘oh, he’s just dancing.’ Like, people actually believe that. And all that does is, it trends on Twitter, and everyone starts believing it.”

Lingard has been branded as a mercenary

Pundits have criticised Lingard for joining Forest ahead of other sides, with the midfielder labelled as a ‘mercenary.’

Richards feels these comments are unfair on the player and even argued with Gary Neville about Lingard’s intentions earlier on in the day on the Sky Sports panel.

He added in his SPORF interview: “Now he’s gone somewhere to get first team football with the World Cup coming up, to give him the best chance possible in terms of playing games. And now he’s bad for going to Nottingham Forest? It’s just pathetic.”