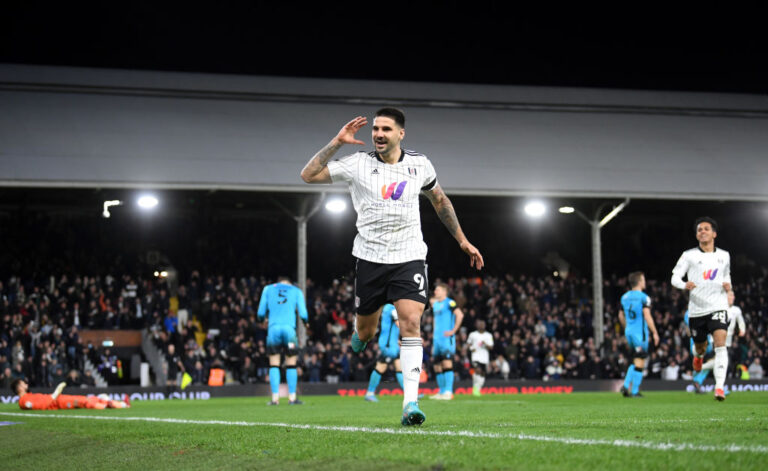 We were afforded the pleasure of watching the iconic celebration of Aleksandar Mitrovic on two occasions on Saturday, as the Serbian notched twice for Fulham against Liverpool.

In the first half, Mitrovic opened the scoring at Craven Cottage, rising high above Trent Alexander-Arnold at the back post to power home a header. Then in the second half, with the sides level, he took on Virgil van Dijk to win a penalty before slotting it into the back of the net to restore Fulham’s lead.

On both occasions, the striker wheeled away, spinning his hand around his ear. But what does Mitrovic’s celebration mean?

There seems to be some debate among fans about the background of the striker’s actions when he scores. Some believe it is due to Mitrovic’s idolisation of legendary Italian attackers Luca Toni and Christian Vieri.

Toni used the same celebration when he notched for club and country. It is believed by some that Mitrovic is simply imitating one of his footballing heroes.

Others speculate that it may be due to an admiration for Fulham icon Diomansy Kamara. He had a similar celebration too.

It has also been argued that the background for Mitrovic’s movements was a joke in Serbia. The joke is that he ‘tries to unscrew the bulb.’

What Mitrovic has said

Speaking in an interview in 2018, the Serbian revealed that there is not actually a specific reason for the celebration emerging. However, he continues to do it for the benefit of his son.

“Football is about passion and when I score I have so much inside me that has to come out. I need the release.”