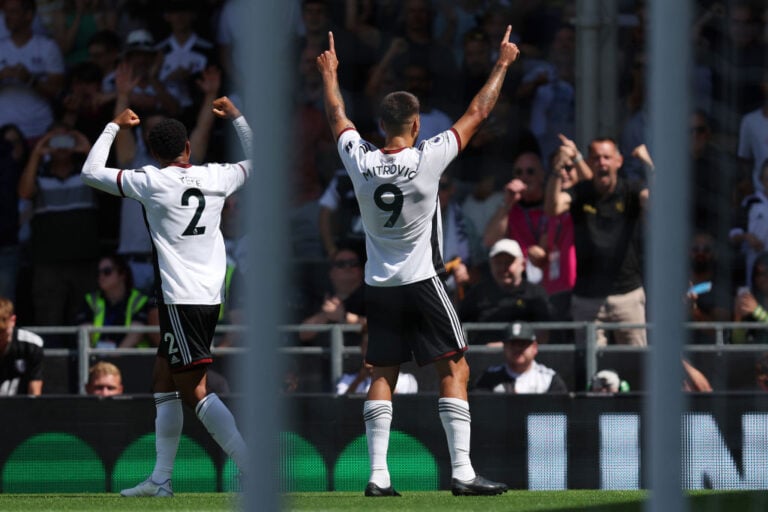 The pair notched a combined 72 times in the Championship last term as Fulham and Bournemouth achieved promotion to the Premier League.

However, one criticism that has been levelled at both strikers is that they have struggled to make the step up to the top flight.

Micah Richards spoke with SPORF at Thursday’s Sky Sports media day and revealed his expectations for both Mitrovic and Solanke in front of goal in the Premier League this season.

He said: “I’m always looking at Fantasy Football; I’m literally obsessed with it. I’m gonna say I think Mitrovic gets like 12, maybe 13 in total. And Solanke seven.

“I just think Mitrovic will be better this season. I know he’s been up and down, up and down… But you can’t score that many goals [if you’re not a good striker].”

SPORF brought up Mitrovic’s outstanding record for Serbia, with 46 goals in 73 appearances. Richards acknowledges the striker’s brilliance for his country but believes that being in the Premier League, where Fulham will enjoy less possession in the Championship, may hinder his numbers.

“Internationally his record is brilliant, isn’t it?” Richards said. “But if he’s not getting the service… When you’re in a team getting pegged back all the time, it’s difficult, isn’t it?”

Mitrovic starts the season in style

In Fulham’s Premier League opener against Liverpool, Mitrovic got off the mark with a brace. The striker rose above Trent Alexander-Arnold to put the Cottagers ahead in the first half, before slotting home a penalty to restore their lead in the second.

Despite Liverpool cancelling out the Serbian’s goals to earn a 2-2 draw, Mitrovic caused their defence all sorts of problems with his physicality and aerial presence.

On the evidence of his first fixture back in the top flight, it looks like Mitrovic is on course to match or even surpass Richards’ prediction.