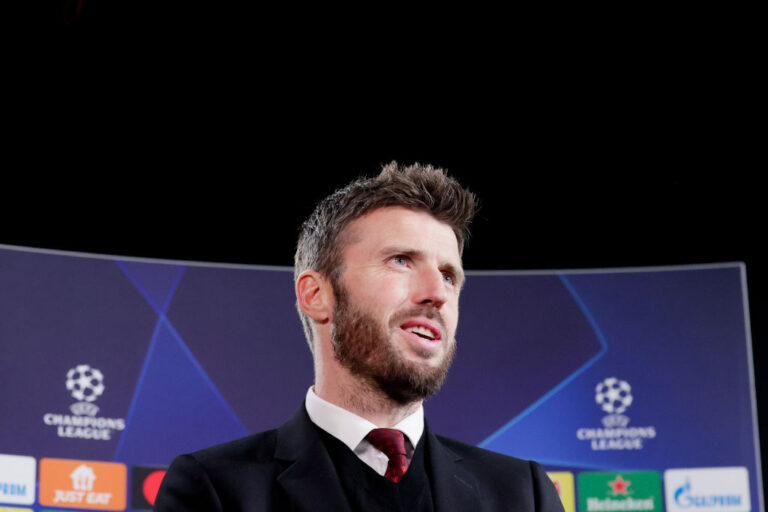 Michael Carrick has hit back at fellow Manchester United legend Paul Scholes, following his comments that he should’ve left the club.

Carrick’s first match as United caretaker manager was a roaring success. His side defeated their fiercest Group F rivals, Villareal 2-0, to secure a place in the last 16 of the Champions League.

Jadon Sancho scored his first goal for the ‘Red Devils’ whilst Cristiano Ronaldo continued his impressive return to his former club. The positive performance was a breath of fresh air to United fans, who’ve had to endure a difficult few months under Ole Gunnar Solskjaer.

The Norwegian was relieved of his managerial duties at the Manchester club earlier this week, following his side’s 4-1 defeat at the hands of Watford. The decision was bittersweet for United fans who were desperate for a fresh start whilst simultaneously feeling the pain for their club legend.

Carrick hit the ground running by securing a big win for the Manchester side when they needed it most. However, Scholes doesn’t believe that the former midfielder should still be at the club. During his shift as a pundit for BT Sport, the two-time Champions League winner gave his unfiltered opinion.

He said: “I would be embarrassed being on the staff now. They (Carrick, McKenna, Phelan) all should have gone, sacked or gone off their own back. They have let the club down as much as Ole has.”

The United caretaker boss responded to this statement not only in the result but also in words. Following his fantastic start to his managerial position, Carrick addressed his former teammates’ criticism and explained why he took on the role.

Read: How Ernesto Valverde can revitalise Manchester United in one key area.

According to publication Four-Four-Two, Carrick and Solskjaer were clashing behind the scenes about United’s style of play. However, with the Norwegian now gone, the caretaker manager has free reign to implement the changes he sees fit.

It is doubtful that the Red Devils will repeat history and offer their former player a long-term contract. But for the time being, Carrick’s influence could be a sign of better things to come.