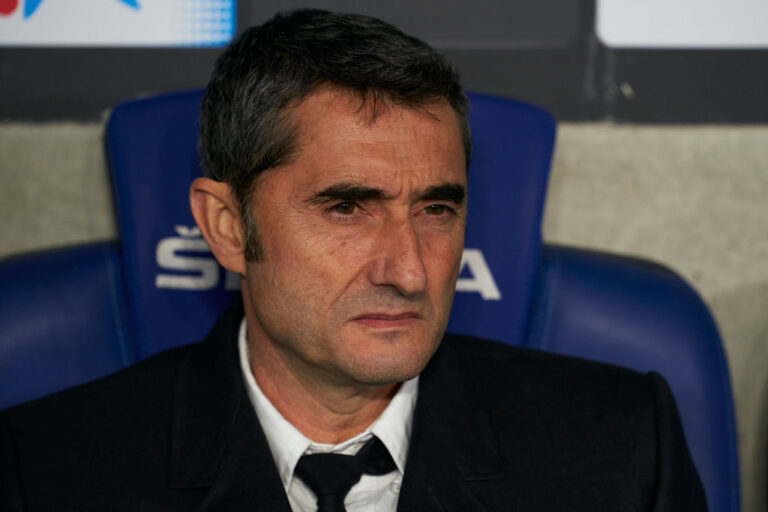 Ernesto Valverde is amongst the candidates in the running to take over at Manchester United on an interim basis.

During his tenure at Barcelona, the 57-year-old won two La Liga titles. However, things eventually began to deteriorate for the former forward. The club sacked him in January 2020.

United’s football director, John Murtough, is orchestrating the club’s hunt for a new boss. As per Manchester Evening News, he has had preliminary discussions with Valverde about him taking on the role.

United sacked their former boss, Ole Gunnar Solskjaer, after a 4-1 defeat against Watford last week. Michael Carrick has temporarily stepped in as caretaker manager until the Red Devils find a suitable long-term solution.

Despite an excellent 2-0 victory against Villarreal in the Champions League, United are unlikely to offer the former midfielder the role of interim boss. The frontrunner for that vacancy is unknown, but what could Valverde bring to the position if appointed?

How Ernesto Valverde could be successful at United

The Spaniard is a huge advocate of the 4-4-2 formation. During his time at Barcelona, his tactical approach got the best out of Luis Suarez and Lionel Messi. The pair shared incredible chemistry at the top end of the pitch, where they worked together beautifully to score the bulk of the Spanish side’s goals.

Suppose Valverde could implement a similar strategy at Manchester United, perhaps with Bruno Fernandes operating just behind. In that case, he may have a very impressive spell at the club if appointed.

United have a plethora of world-class strikers to pick from, but there are two in particular that the Spaniard could utilise.

Cristiano Ronaldo and Edinson Cavani played as a strike partnership during United’s 3-0 win over Tottenham Hotspur last month, and both performed strongly alongside each other.

In addition, United also have the likes of Jadon Sancho and Anthony Martial to contribute goals from other positions.

The selection of Manchester United’s new manager is critical. If Valverde is appointed and can use the partnership between two of the world’s most talented forwards, Red Devils fans could have plenty of goals to celebrate for the rest of the season.