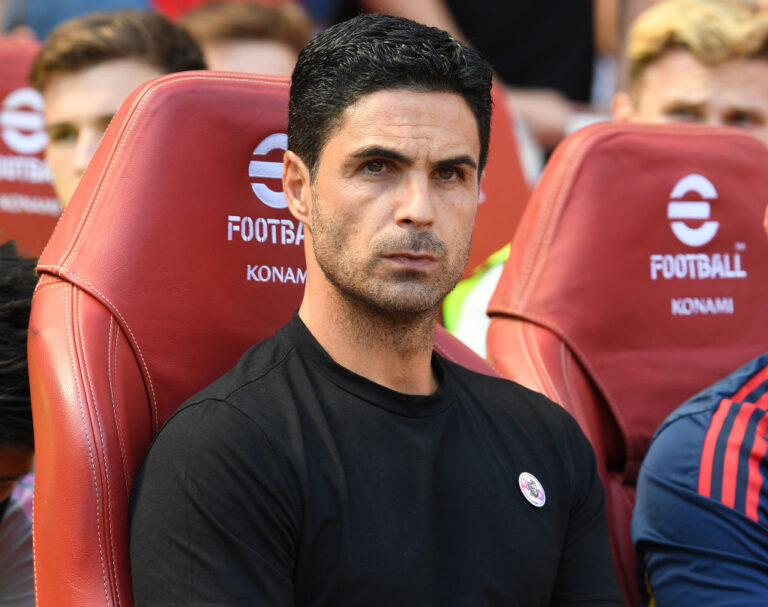 Footage has emerged of Mikel Arteta putting the Arsenal squad on blast following their defeat to Newcastle last season.

After a poor start to the campaign, the Gunners fought their way back into Champions League contention. But on the back of a run of results from Tottenham, they needed a result as St James’ Park.

But when it really mattered, they couldn’t produce the goods. An own goal from Ben White left Arsenal with a mountain to climb. However, rather than being able to scale their way up the rocky mountain face, they succumbed to an avalanche as Bruno Guimaraes secured a 2-0 victory for his team.

This match left the players and fans heartbroken. And thanks to the penultimate episode of ‘All or Nothing’, we know exactly how the manager reacted.

Following the match, the Spaniard stormed into the dressing room and told the entire line-up precisely what he thought of their performance.

“It’s f***ing embarrassing to come here and work the way we’ve done it. Embarrassing, guys. What happened today is f***ing unacceptable. And if you accept something like this, you are living in a different world, guys. A different world.”

Despite eventually missing out on the top four last season, Arsenal have bounced back with a superb start to this campaign. After winning both of their opening Premier League games, they are joint-top of the table.

You can watch Arsenal: All or Nothing via Amazon Prime here.