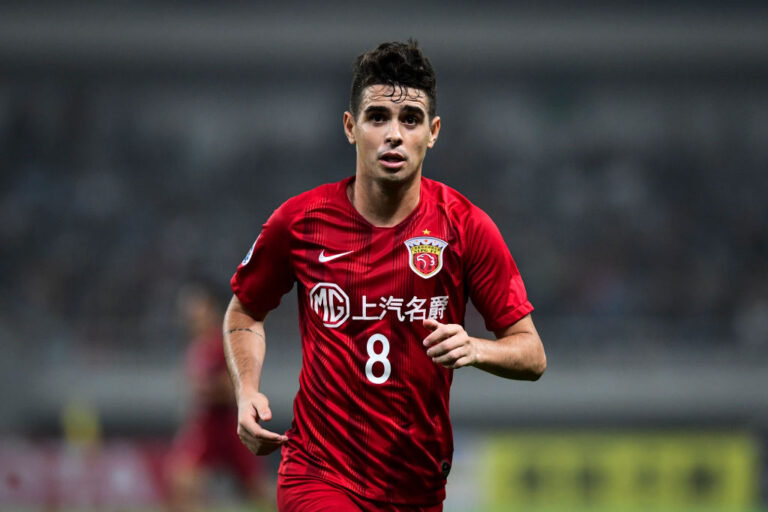 Oscar has had his dream move back to his homeland crushed due to current club Shanghai SIPG backing out of their agreement with Flamengo at the last minute.

The 30-year-old, who previously played for Chelsea, looked set to leave his Chinese club. As per Fabrizio Romano, the midfielder signed his end of the deal on August 5, and even posed for pictures in the Brazilian side’s shirt. Consequently, Flamengo prepared to officially announce their new signing.

However, in a huge twist, as per the Daily Mail, Shanghai SIPG decided not to sign the documents needed to allow Oscar to leave. This means the player is remaining in Asia.

The Brazil international took to Twitter to reveal the news.

He said: “I appreciate the interest of Flamengo and the fans, but it was not possible to do so at that moment.

“I wish the club the best of luck and all the friends I have there for the remainder of this season. Thank you all!”

Oscar produced some incredible performances during his spell at Chelsea, particularly during Jose Mourinho‘s reign. However, his move to China attracted controversy due to the staggering reported wage he chose to accept, versus the chance of European football at his previous employers.

When did Oscar move to China?

When the player arrived at Stamford Bridge in 2012, he took the Premier League by storm. The playmaker had pace, agility and phenomenal dribbling skills. He could pick the perfect pass, glide past defenders with his tricky footwork and find the back of the net with ease.

During his stint with The Blues, his performances helped Chelsea win the Europa League and the Premier League. From scoring free kicks to bagging two goals against Juventus, it’s fair to say he achieved a great deal.

When Shanghai came calling, he made the decision to head to the other side of the world.

His new buyers splashed out £52 million in 2017 to smash the Asian transfer record. In addition, they agreed to pay the then 25-year-old a staggering £400,000 a week. Had he made another move, then he potentially would have a different footballing legacy by this point.